The dust has settled on the launch of PS4 and Xbox One, and after mediocre launch lineups for both consoles it’s time to take a look at what’s coming next. This article will look at all the exclusives coming out over the first half of 2014, so you can make your decision as to which console is going to the best throughout the year (spoiler alert: it’s the Xbox One).

Sony’s flagship console doesn’t actually have any exclusives coming for a while: a good three months, in fact. That will change on March 21, with the launch of inFamous: Second Son, the latest instalment in the slightly-above-average inFamous series. You play as Delsin Rowe, a superhero who can absorb the powers of other superheroes. The game looks good graphically, but will the gameplay hold up? Only time will tell.

PS4’s big racing game, Driveclub, is also expected to launch in March, although no date has been set yet. We were unimpressed with the game when we had some hands on time last year, but hopefully it will have received a few tweaks since then.

Other than these two games, the release schedule is sparse. Jonathan Blow’s new puzzler, The Witness, will be coming out at some point in the summer, and Octodad: Dadliest Catch is also going to be out sometime in the next few months…but that’s pretty much it. The PS4 is not your best bet right now if games are what you’re looking for.

Microsoft’s storming out of the gates a lot earlier, with Plants vs Zombies: Garden Warfare launching on February 18. The third-person shooter is based on the ridiculously popular strategy game, and it looks like it’s going to be a whole load of fun.

A month later, on March 11, the console-selling behemoth that is Titanfall comes out, and it’s set to be a huge success. The game’s been met with hugely positive previews, and developers Respawn Entertainment have a track record of making great multiplayer shooters. This will almost certainly be the game that defines next-gen in early 2014, and it’s a Microsoft exclusive.

Microsoft’s managed to retain a strong lineup throughout Q2, with the supremely interesting Project Spark launching at some point (the beta starts in a few weeks), along with fun Kinect title Kinect Sports Rivals.

Although the quantity of titles to look forward to is the same on both platforms, the quality of releases looks to be a little superior on Xbox One. If you can get your hands on both consoles, we’d highly recommend it (you’ll miss out on some great games no matter which console you get), but if you have to pick just one we’d recommend the Xbox One.

Stay tuned to Talkingship over the year to get full reviews on all of the above titles. 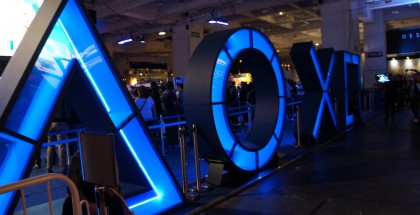