You’ve heard our thoughts on the Xbox One, but what about the launch games? Fear not: we got our hands on them at the recent Eurogamer Expo, and you can check out our previews right here.

This game is beautiful. It’s absolutely gorgeous. In fact I’d submit Forza 5 as the flagship title for what the next gen can do, because it is just so much better than what can be achieved on 360 or PS3. Everything from the resolution to the lighting effects, the frame rate to the texture detail: amazing. Fortunately, this is backed up by really enjoyable gameplay. The handling is great, and the cars feel like they have some weight thanks to the brilliant physics engine. Better still is the game’s phenomenal use of trigger rumble. In your right index finger, you can feel the car rumbling as you accelerate. As you approach a turn, the left trigger will vibrate to indicate that you should start to brake. These tactile prompts are a wonderful way to use the X1’s new tech, and serve as a perfect example of what a launch game should do. Forza 5 is damn good: if you have any interest in racing, you’ll want to pick this up. 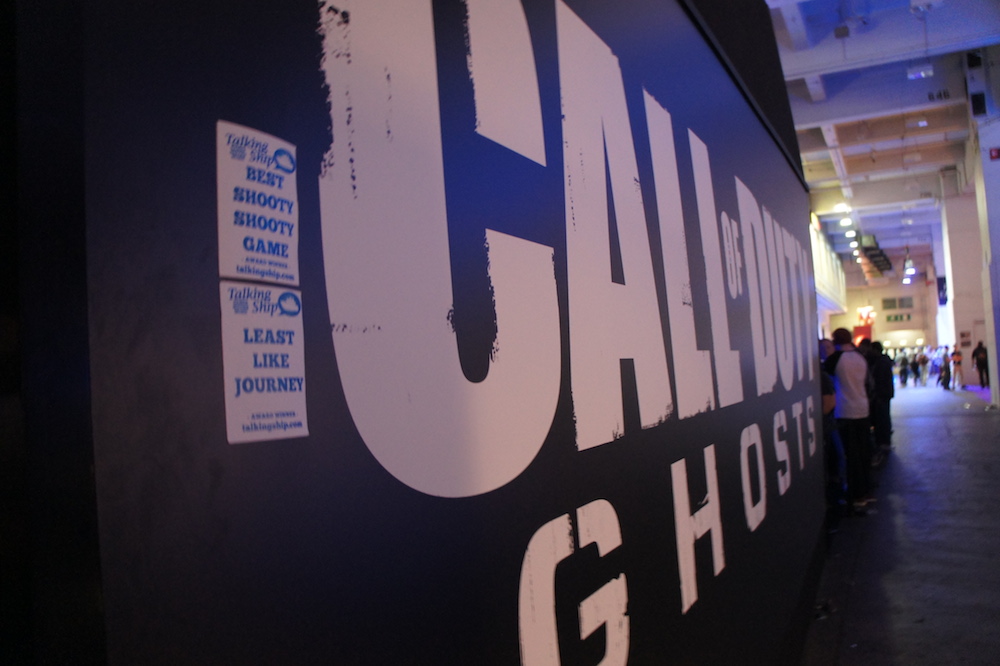 Like Forza, Ghosts looks lovely on the X1. Unlike Forza, the step up from current gen is huge. Black Ops 2 and Modern Warfare 3 were already starting to look a little dated, and so the jump to next gen makes a big difference to the game’s look. This is accompanied by a new multiplayer game mode, Blitz: a fast paced Capture the Flag-esque mode where you have to capture an enemy’s base for points – before being teleported away so you can’t capture it again for a few seconds. It’s a highly enjoyable mode, and the map that we were playing on featured some great level design. It had a nice mix of tunnels, open space and verticality, ensuring that the match involved everything from close quarters shooting to more tactical sniping. Ghosts seems to continue the Call of Duty trend of refinement and improvement, and is worth playing if you’ve got any interest in CoD at all.

The original Kinect was a disappointment largely because its games were all very childish and casual. Now, Kinect Sports Rivals doesn’t fix that entirely, but it does turn the motion control experience into something a little more fun. I gave the new rock-climbing game a spin, and it was surprisingly decent. Now, the game isn’t perfectly accurate, and the calibration wasn’t exactly one-to-one, but it wasn’t far off. My biggest issue was that it couldn’t always detect if my fist was closed or not, which made hanging onto the holds pretty challenging at times. It also made navigating the wall a bit difficult, as I often had to switch my hands on a hold thanks to the Kinect not recognising where I put my hand the first time round. This wasn’t the most natural movement, but it was quite amusing (and tense).

A jumping mechanic’s been implemented, which you activate by throwing both your hands down (and possibly jumping in the air, but I couldn’t tell). It’s entertaining to watch, but it’s a little risky, as if you don’t manage to grab on when you’re in the air you’ll fall all the way back down. Speaking of falling, you can pull your multiplayer opponents off the wall if you’re underneath them, which is certainly amusing, but, when you think about it, really disturbing: there aren’t any ropes attaching you to the wall, so you’re basically murdering your friends. And yup, this is a kids’ game. If you can put aside the blatant killing, Kinect Sports Rivals may be worth your time at launch, especially if you’ve got a few friends or family members to play with.

If you haven’t yet, be sure to read our impressions of the Xbox One console and controller. It’s also worth checking out our PS4 preview, as well as our thoughts on its launch lineup. You’ll soon have to make up your mind about which console to buy (if any), and we’re here to make that decision a bit easier!