You’ve seen what we think about the PS4, but it’s the games that truly make a console shine. We got hands on with PS4’s launch games (and the soon-to-be-released Driveclub and Octodad) at the recent Eurogamer Expo: here’s what we thought.

Driveclub (not a launch title, but coming early 2014)

Ah, Driveclub. The Sony racing game that isn’t Gran Turismo. Unfortunately, it’s pretty terrible. The handling is awful: cars swerve all over the road, crashing into everything. It’s dismal, really. The game’s use of rumble is also less than ideal: the Xbox One’s Forza 5 is significantly better in this regard. The only redeeming feature is the graphics, which are, as with everything on PS4, quite lovely. But even these aren’t good enough to make Driveclub a game worth recommending: avoid this one with your life (unless, of course, it gets improved during its delay).

I hadn’t heard of Blacklight before Eurogamer Expo, but I’m quite glad I found it. For a free-to-play shooter, it’s shockingly good. The level design was pretty great, the controls were solid and, most importantly, it was fun. It’s one of those things that’s very difficult to put your finger on: you know that you enjoy playing it, but you’re not entirely sure why. The graphics and lighting are, of course, lovely. And considering that it’s free, it’s well worth downloading when you get your mitts on a PS4.

Ummm. I didn’t get this game. At all. It looked nice, I guess? But it was confusing, and very strange. I have a feeling that if I could play it at home, with a vague idea of what I was doing, it could be quite fun. It certainly looked charming, and I must remember that I hated Journey when I played it at Eurogamer Expo a few years back (it went on to be one of my favourite games of all time). Some games aren’t made for preview sessions like EGX: Hohokum is one of them.

For a tech demo, The Playroom is quite fun. It’s been built to show off the controller’s new features, and it does a great job. For a start, it demonstrates just how good the new motion control is: it’s very accurate. The game showed little robots walking over the carpet, and I could move my controller to suck them up into the on-screen DualShock. Normally, this would be an exercise in frustration, but it worked great, and, most importantly, was fun. Having done this, I could hold the controller up to my ear and tilt it to hear the robots slide around and scream. Again, a great way to show off the PS4’s new tech. This comes preinstalled on all PS4s, so give it a shot.

I thought Knack was a kid’s game. NOPE. This massively exceeded my expectations, and is easily the best PS4 game I played. Graphically, it’s stunning. Jaw-droppingly so. I think this is probably because Knack was the only colourful PS4 game, and so it really stood out. Once you got over the game’s looks, you could then appreciate the remarkably fun gameplay. It was simplistic, sure: just mashing the square button to kill enemies, discovering secret areas and completing some basic platforming sections. But it was fun: very fun. I can certainly see it getting boring and repetitive with time, but I was certainly hooked after the ten minutes or so I spent with the game. 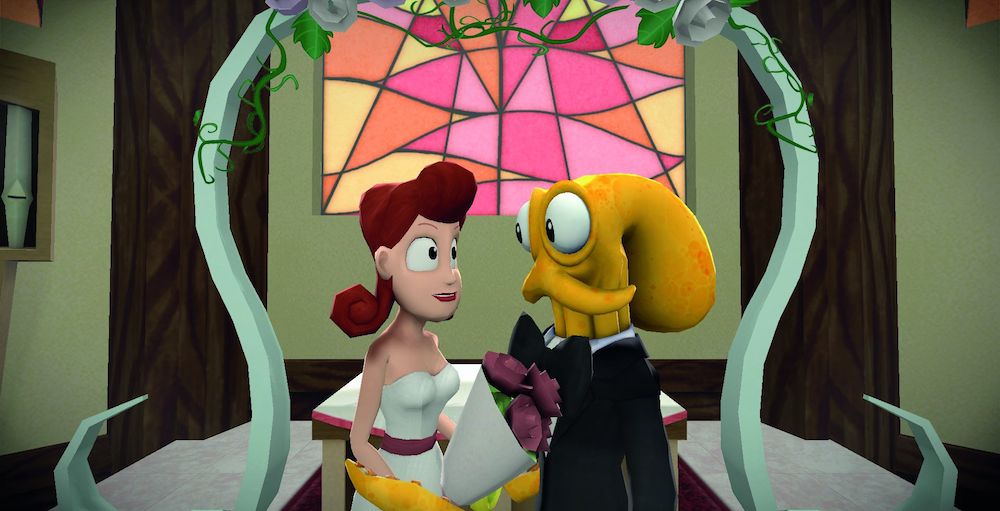 Octodad: Dadliest Catch (not a launch title, but coming 2014)

I went into this expecting very little, but came away massively impressed. You control an octopus that’s masquerading as a human father, and in this demo you had to make your way through your wedding without anyone discovering that you were an octopus. Sounds ridiculous, right? Well, it is, but in a good way. The controls are insane: you control each limb with a combination of the analog sticks and triggers. It’s wonderfully imprecise in a way that perfectly captures what it’s like to be an octopus (I think, at least). They also lead to some hilarious situations, such as awkwardly clambering/falling over a pile of presents, flopping your way down the aisle and shoving the ring into your bride’s face rather than onto her hand. This is one of the most innovative games I’ve played in a while, and it’s really great fun.

Resogun is really nice to look at: lovely neon spark effects, fast paced spinning and bright lights everywhere. It’s also really nice to listen to, with a great soundtrack. But this souped up Space Invaders/Asteroids type game isn’t that much fun to play. I found it to be way too  difficult, and it got frustrating very easily. Perhaps with some more time, I could get better acquainted with the controls and thus improve significantly,  but I’m not confident. The game’s free with PS+ at the PS4’s launch, so it’s worth a try at least.

If you haven’t yet, be sure to read our impressions of the PS4 console and controller. It’s also worth checking out our Xbox One preview, as well as our thoughts on its launch lineup. You’ll soon have to make up your mind about which console to buy (if any), and we’re here to make that decision a bit easier! 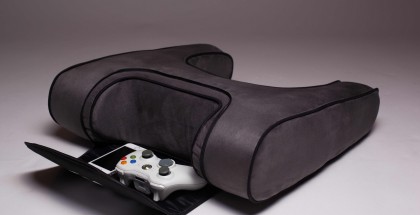