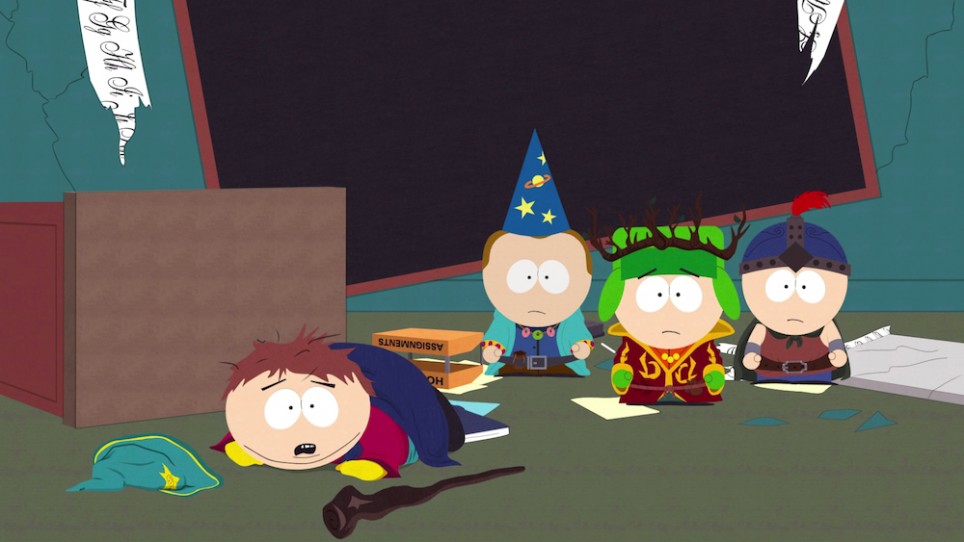 It’s not uncommon for an RPG to have a variety of playable classes. Wizard, Paladin, Brute…the list goes on. South Park: The Stick of Truth draws heavily on RPG heritage, and thus it has four classes of its own. Fighters: powerful melee attackers. Mages: masters of the arcane. Thieves: stealthy players that hide in the shadows. So far, all standard RPG fare. Then there’s the fourth class; the class that really marks Stick of Truth as being a South Park game. It’s presented to you as a product of Cartman’s vivid imagination. It’s “Jew”. Welcome to South Park.

The Stick of Truth begins innocuously: the kids are playing a fantasy game, with Cartman’s team of humans and Kyle’s elves fighting it out for the titular stick: for whoever controls the stick, controls the universe. You’re the new kid in town, and start making friends and getting involved in the fictional war. As with all South Park stories, things get very out of hand very quickly, leading to a story that takes you into outer space, though an abortion clinic and up a man’s anus. Oh, and you’ll go to Canada, at which point the game becomes a top-down Zelda-clone. Because logic.

Unsurprisingly, The Stick of Truth is funny. Really, really funny. Matt & Trey (the creators of South Park) have had a huge influence on the script and story, and it shows. Although the game is a little too reliant on toilet humour, it constantly surprises you with more and more outrageous jokes and ridiculous set pieces. Although it (understandably) doesn’t satirise current affairs, it goes all out on mocking video games, the American government and, weirdly, Taco Bell. Although there were concerns as to whether the humour would be able to last the length of a game, those have proved to be unfounded: the game had me laughing from beginning to end. 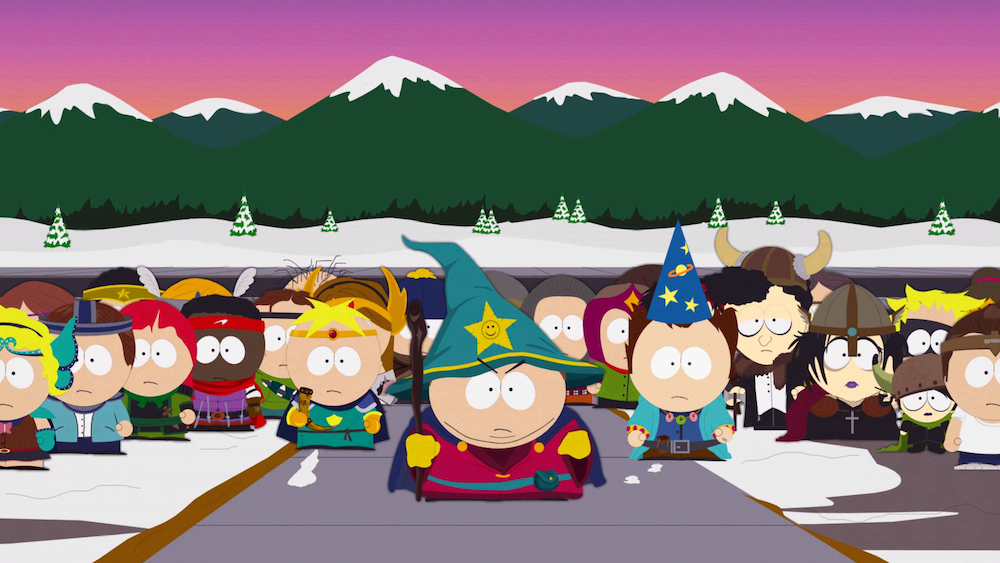 That leads onto a potential issue: it’s not that long. If you were going into it expecting a Fallout or Elder Scrolls length game, you’ll be sorely disappointed. It took me 9 hours to finish the campaign and do a few side missions, and there were a few hours worth of side missions yet to do. I found this to be the perfect length: any longer would have felt dragged out, and the humour simply wouldn’t be able to last 30+ hours. At no point did I feel like I’d been shortchanged: 12 hours of gameplay with a decent amount of replay value is plenty.

The game’s length perfectly complements its turn-based gameplay. Battles last a couple of minutes each: you can do two actions per turn (one potion and one attack), and you control both your character and a buddy (whom you can select and switch out at any time). Moves consist of melee attacks, ranged snipes, abilities or magic attacks. It is these latter two that are particularly great: abilities are unique to each class and are always hilarious. Whether it’s performing a circumcision on the enemy or punting Ike at them, or even summoning the Plagues of Egypt…they bring a laugh every time. You’re limited by your Power Points though, meaning that you can only use these powerful abilities a few times each battle. You also have a mana bar, used to perform your magic attacks: farts. You have a few varieties of fart to choose from, and they’re all performed very viscerally with liberal use of controller rumble. They’re surprisingly powerful moves, and help to add to the variety of combat.

The Stick of Truth has been censored in EMEA territories as part of a marketing decision from Ubisoft. This censorship involves the removal of 5 anal probing scenes and 2 abortion scenes, and although these have been replaced with a witty comment from Matt and Trey, this isn’t really good enough. The descriptions of the scenes that the duo give you just make you want to see them even more, and you’re left feeling like you’ve missed out on a good part of the game – scenes that would probably stand out as amongst the funniest. The PC version of the game isn’t censored, and thus I’d strongly recommend either purchasing that or importing a US copy.

The turn-based system works well: it’s fast paced, not too difficult, and funny. The enemy variety is also strong: you’ll fight everything from aliens to Nazi zombie foetuses, all of which have their own unique move set. You also have a highly customisable loadout: you’ll constantly be collecting new weapons, “strap-ons” (perks for your weapons) and armour that allow for any play style imaginable. If you’d like to be a brilliant archer, you can do that. If you’d prefer to focus on using loads of abilities, you can do that too. Thanks to the simple and accessible inventory system, you’ll easily figure out your unique strategy, and you’ll quickly grow to love it. This same level of choice applies cosmetically as well: you can definitely make your character your own. 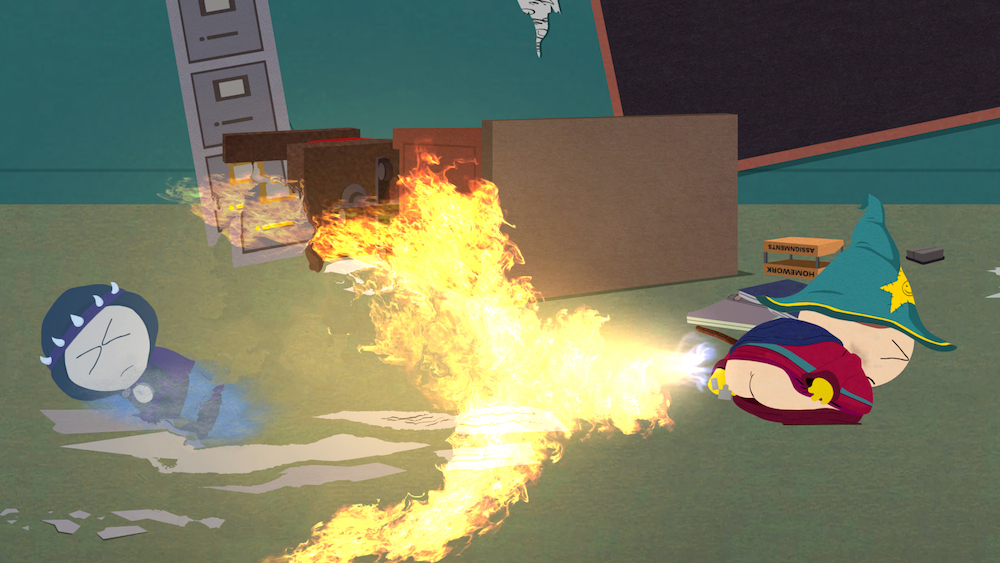 Outside of combat, you’ll mainly be exploring the town that you’ve come to know so well from the show. There’s some basic (and quite lacklustre) puzzle solving to be done here, and a whole load of hidden secrets, but the main fun comes from wandering around a place that feels exactly how it should do. The aesthetics are spot on, replicating the trademark paper craft style with 100% accuracy. The background music is epic in a very South Park kind of way, and the characters you encounter are totally familiar to you. Indeed, they’re what make the side missions so fun. Highlights include being told to “find Jesus” – he was hiding in the church pews – and helping Al Gore to defeat ManBearPig. And then trying to block Al Gore from my Facebook page.

All this gameplay taxes the systems it’s running on, unfortunately. On my PS3 copy, there were numerous frame rate issues and the graphics were much lower res than they could have been. This isn’t a huge deal with a game like this, but when coupled with the long loading times it’s clear that this game would be much better on next gen platforms, and it’s a shame that Obsidian have chosen not to port it over to them.

That being said, every minute of The Stick of Truth is funny, and the vast majority is quite enjoyable to play. It has moments where it sags, and the EU censorship is downright unacceptable…but it’s still a good game. No, the mechanics aren’t perfect and the gameplay isn’t revolutionary. But for an adaptation of a very funny TV show, it ain’t half bad. 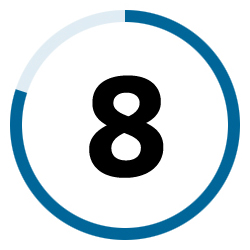 South Park: The Stick of Truth is out now on Xbox 360, PS3 (reviewed) and PC (out on March 7 in Europe). A censored EMEA version of the game was reviewed.