The Xbox One will be upon us in under a month, and thus it’s time you found out whether it’s worth your hard earned cash. We got some hands on time with the Xbox One and some launch titles at the recent Eurogamer Expo: here’s what we thought.

When you first look at an Xbox One, you’ll be underwhelmed. It’s not ugly by any means, but it’s also no work of art. It’s very boxy and boring: the PS4 is significantly more attractive. However, Microsoft have clearly designed this as something to be hidden away in a TV stand, and thus aesthetics aren’t overly important.

What is important is the new controller, and fortunately it’s lovely. The 360 controller was, in my eyes, already very good, but the X1 manages to refine and improve it in some subtle ways that make a big difference. The joysticks have a nice ridge to them, adding some texture and grip. They’re also smaller: I quite like this, as it makes them feel a lot tighter and more precise, but those of you who are better endowed in the thumb-area may find them uncomfortable.

The D-pad is..good, I guess? It’s more clicky than the original 360’s: all the face buttons are, in fact, which is nice (but may also just be because the controller hadn’t been worn down by months of dirt and grime). Moving up to the top of the controller, the triggers are significantly more improved, largely thanks to the new rumble motors. The triggers can vibrate independently of the main controller, adding a whole new level of tactile feedback that seriously improves the gaming experience. Unfortunately, the new bumpers are a lot worse than on the 360: they seem to be squishier and less responsive, and act more like levers than buttons. What I mean by that is that you can’t press them from the middle of the controller anymore: you have to move your fingers to the far edge of the bumper to get a click. That’s a bit of a shame.

The new Kinect, which comes boxed with every X1, seems to be improved. Unlike the console, the boxy aesthetics make Kinect look a lot more appealing that it did with the 360, and it perfectly matches the X1 design-wise, making it seem more integral to the console. From what I could tell from my brief time with it, it functioned at closer distances than before (helpful for those with small rooms), and it could detect more finessed motion, such as forming a fist. However, the Kinects were obviously set up in ideal conditions, and thus I’d expect the home experience to be significantly different.

Having said all this, the Xbox One’s games are what will either make or break the console, so check out our launch lineup article to get our impressions on Forza 5, Call of Duty: Ghosts and Kinect Sports Rivals. Also be sure to read our thoughts on the PS4 and its launch games as well, so you can decide for yourself which one to buy. 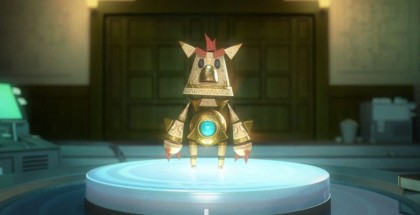