The next generation of consoles is almost here, but is it any better that what we’ve already got? We got hands on with the PS4 at Eurogamer Expo: here’s what we think.

First things first, let’s talk about the console itself. It’s lovely. The pictures online make it look a little too angular and shiny, but seeing it in real life is quite different: it looks sleek, slim and stylish. It will fit in perfectly on any TV stand: attractive but not too noticeable. Perfect, basically. 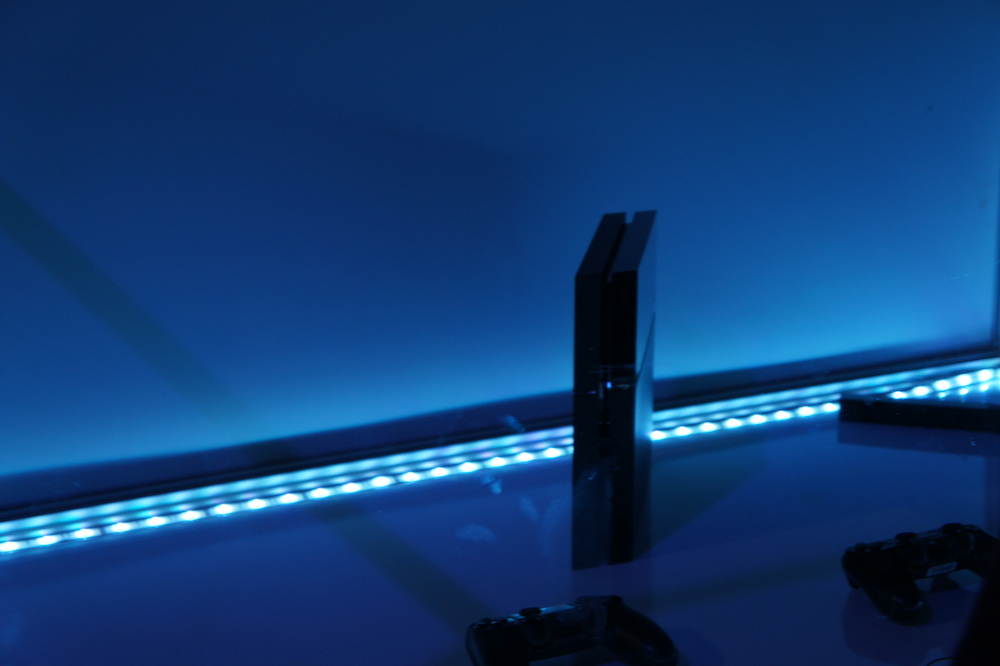 As for the controller…it’s very, very good. The changes from the DualShock 3 are immediately noticeable and immediately welcome. The triggers are longer, curving upwards to hold your fingers and give some more leverage: brilliant. The joysticks are now concave, allowing your thumbs to comfortably sit in them, with small ridges around the edges to keep them in place: ideal. The handles are longer, giving you more grip and more comfort, and the whole thing’s a lot lighter, allowing for extra-long gaming sessions. These small refinements make a big difference: when I now use the DualShock 3, I’m disappointed that it’s not the DS4.

The new features that Sony have added in are also surprisingly good. The touchpad works very well (although it’s a little sensitive), and it makes navigating menus a little easier than before. I also expect it to be used fairly innovatively by first-party game developers (similar to how Tearaway uses the Vita’s touch pads). The built in motion control is also quite cool: the light bar on the rear of the controller allows it to interact with the PlayStation Eye, enabling accurate motion control. Having motion control built into the controller makes it a lot more practical, and I’m sure we’ll see some great implementations.

Having said all this, it’s the games that make a console truly stand out. So what did we think of the PS4’s launch lineup? Check out our launch lineup article to get our thoughts on titles such as Driveclub, Knack, The Playroom and Blacklight: Retribution, as well as indie titles Hohokum, Resogun and Octodad. Also be sure to check out our Xbox One preview and our look on some of its launch games, so you can decide which console is right for you.