G’day everyone, and welcome to my first review.  I’d like to state right off the top that this review will contain SPOILERS, and for a very good reason… I firmly believe that no-one should see this movie. Please bare with me, as I said, this is my first proper review, and I’m still learning the art of writing good articles.

What follows is so sick and disturbing, that I really must insist that unless you’ve got a cast-iron stomach, you shouldn’t watch this movie… ever.

Just to give you the highlights (low-lights), you can expect to see the rape of a newborn child (literally seconds out of the birth canal), the rape of a prostitute, her decaptation, and the continued rape of her now headless body, incestuous sodomizing, fratricide, and topping it all off with a good old Murder/Suicide.  I really don’t know where to start with this movie. The whole thing is just wrong on so many different levels. 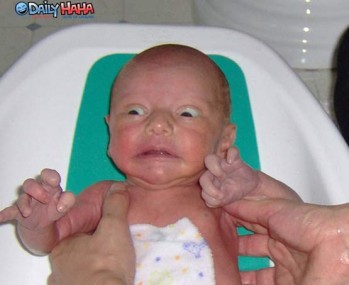 He wants to do WHAT to me?!

The films screenwriter Srdjan Spasojevic has responded to the controversy his film has generated (Surprisingly) with this quote: “This is a diary of our own molestation by the Serbian government…It’s about the monolithic power of leaders who hypnotize you to do things you don’t want to do. You have to feel the violence to know what it’s about.”  That’s right kiddies, your looking at a genuine story with a meaning behind it… On second thought, I call bullshit!

When I watched this movie, I could see no story or meaning behind it’s scenes of horror and perversion. But then again, who knows, I may have just simply missed the meaning to this movie while I was out of the room dry heaving. This movie crossed the line on what I could stomach watching, as I just couldn’t force myself to watch it through to its conclusion. While I realize that some people will believe that because I didn’t watch the entire thing, I shouldn’t be writing a review for it, but I disagree. What I am also reviewing here is the movie’s watchability, and if you’re a person with sensible morals, and are also a little squeamish, then this movie is not for you. however, if your from the Manson family… well hell, they’d probably consider this disturbing too.

In conclusion, do not watch this movie.

ZERO ships out of 5