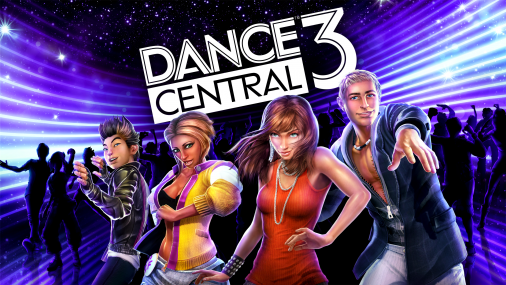 Does the newest game have two left feet?

Dancing. It’s timeless, really. Throughout all of human history, in almost every country, people dance. It’s romantic. It’s a method of expression. Playing Dance Central 3, however, invokes another aspect of dance entirely. And that’s fun. 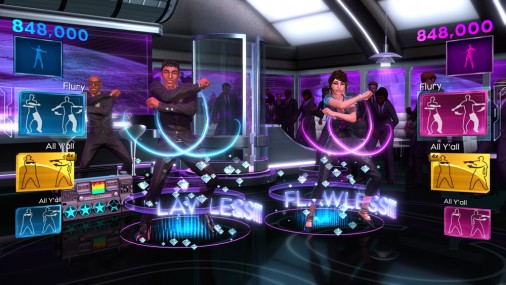 This game is glorious. I played it 12 hours straight for charity, and it was just as fun at the end as it was at the beginning. In fact, I’d say that this, along with its two predecessors, justify the Kinect’s existence entirely. Because at its heart, the Kinect was made for mindless, hilarious fun – and this fulfills that perfectly. For the first time ever, Dance Central has a story mode. Ridiculous as that may sound, it actually works quite well. The plot is paper-thin, and the script is as cheesy as it gets: but the game both knows and embraces this, resulting in a hilarious concoction. The plot incorporates time travel, allowing you to play through the different decades: going from the ’70s all the way up to the ’10s. There are five songs for each decade, and you need to achieve 15 stars from four songs to progress, as well as mastering certain ‘craze’ moves. Mastering these specific moves can be very irritating, especially when Kinect doesn’t pick you up very well, and there will be a lot of restarting songs: but this is most definitely worth it to proceed to the next decade of songs.

Dances are also much more suited to the songs they come from this time, rather than being more generic. OMG used many of the same moves from the music video, as one example. This gives each song a very distinct feel, changing things up a bit when you’re doing a 12 hour marathon like myself.

The songs really are a glorious range. Whether you feel like YMCA or the Macarena, I Will Survive or Sexy and I Know It, this game truly has something for everyone: and that’s not even touching upon the DLC library, which will include both Gangam Style and Call Me Maybe very shortly. Whilst some will doubtless resent the inclusion of the ‘crazes’, I welcome them: being able to dance to some of the catchiest, most ridiculous dances is a joy.

The actual gameplay is above and beyond that of any dancing game out there. The Kinect tracking is, for the most part, superb, and the game was very accurate. In fact, the only time Kinect really got in the way was with voice commands, although this was quite a large issue. The red lines marking out your incorrect body parts soon become just as indispensable as the simple yet helpful flashcards, and the ‘Rehearse’ mode for practicing songs is incredibly useful in racking up the points. Coupled with the new Beginner mode, the game has become even more accessible, so anyone can play with anyone.

Speaking of which, the multiplayer in the series remains as great as always. Side by side dance offs are very fun, and there are also some new mini-games, such as ‘Keep the Beat’, which makes you freestyle whilst maintaining rhythm, and ‘Make Your Move’, where you get to create dance moves for your opponent to then carry out. I didn’t get a chance to play either of these modes, but I didn’t need to: the game stands solidly regardless. The same goes for the new Party mode, which looks incredibly useful for when you’ve got a large group of people, as it streamlines the process immensely.

Overall, Dance Central 3 is a fantastic game. It’s a great addition to the franchise, and I’m more than glad it’s here. If you’ve like previous games, this is a no-brainer purely for the new songs. If you’ve never played a dancing game before, start here: there’s no dance game better than this.

Dance Central 3 is out now for Xbox 360 (reviewed): Kinect is required.