A more than competent grappler.
First things first, it’s highly unlikely that you’re going to consider buying WWE ‘13 if you don’t already have some sort of interest in WWE. If you’re just looking for a fighting game, you’d be best off looking elsewhere. True to the sport (or sports entertainment if you’re being pedantic) WWE ’13 steers clear of knockout punches and one-two jabs, and revels in flamboyant suplexes and death defying jumps from the top rope. WWE ’13 has been made with the fans in mind, and the new WWE Attitude feature is all the evidence you need for that.
Taking players on a trip down memory lane, Attitude focuses on the mid to late ‘90s. WCW were winning the ratings war and the WWF, as it was then known, got a serious shake-up with Raw is War. The mode, which replaces the tired ‘Road to Wrestlemania’, has you playing key matches from this golden era. You’ll play in huge matches and effectively help move history along, leading to the rise of DX and more. The matches start out as they did in real life. From there it’s up to you to win. You can go through the mode winning each match as it comes, but the real challenge lies in completing the optional historical objectives. The closer you mimic what actually happened, the bigger the rewards. So when you relive Shawn Michaels’ famous victory over British Bulldog to win the European championship at One Night Only, you’ll earn more content from the wealth of unlockables if you hit checklist targets such as landing sweet chin music and winning by submission. It’s a great touch and one that’s as challenging as you want it to be, but I found that I couldn’t let myself progress if I’d missed off a historical objective – the hardcore among you may find yourselves with a similar problem, but this is only testament to the addictiveness of the mode.

Now time for a confession. Back in the hazy days of 2004, I plowed hundreds of hours into the original Smackdown vs Raw. I’d set up 5 exhibition matches each play through, and pretend they made up a show, be it Smackdown or Raw. I’d set up feuds and partnership storylines in my head (and keep tack of them in a notebook) and I’d schedule my matches accordingly, building up to the next pay-per-view. Through every match I’d mumble a commentary to myself and then jot down the results. I had my very own WWE universe, if you will.
This is why it’s great to see the return of the WWE Universe mode. Refined and improved for its third outing, this mode fulfills the wishes I had as a commentary-mumbling kid. Allowing you full control of your very own WWE schedule, you’re free to customize shows, rosters, belt holders and every single match-up that happens. The game intuitively creates storylines (which you’re free to disable if you’d like) around the matches you set up, and based on results of previous weeks, it will recommend a match card for the next week, which you’re free to change. Every aspect has been designed with player choice in mind, which is really great to see. Do you think it’s time for a new WWE Champion? Hell, hold a title match on Monday Night Raw! It’s great to play God over the franchise, which is something all fans have dreamed of doing at some point.
It’s unfortunate, however, that compared to the Attitude mode (which admittedly has the luxury of historical events to mimic) the cut-scenes that provide the storylines for your WWE Universe come across as rather lifeless. You’ll win a match for example, and then you’ll see another wrestler beating you up with a lead pipe…then that’s it. It signifies the start of a feud between these characters that the game will explore as you go on, but the lack of narrative and context almost had me wanting to start mumbling a fictional commentary to myself again. It can be difficult to keep track of feuds as well. Sometimes you’ll find yourself totally forgetting that two particular characters hate each other and the game could have done with a quick menu to let you know what’s going on and where. On the whole though it’s a great mode that many fans will find themselves losing a lot of hours to. 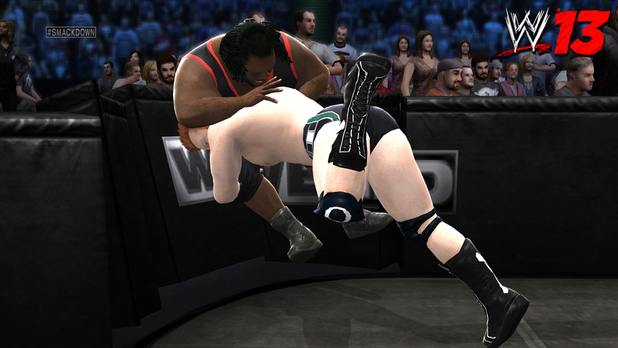 Of course, if you’re feeling creative you’re more than welcome to have a play around with WWE ’13‘s host of creation modes. You’re free to create anything from superstars, shows, moves and even championship belts. All of which can be imported into your WWE Universe, adding immensely to the feeling that you are the one in charge.
The wrestling itself is the best it has been. THQ have improved their one year old Predator engine and it genuinely provides some great grappling action. Reversals are easier than ever to pull off, although on some of the harder difficulties this can just lead to reversal after reversal as you both struggle to actually get a move in. That’s thankfully not commonplace and you’ll be pulling off back-breakers and spine-busters in no time. The simplicity of the submission and kick-out mechanics is welcome as well. Submission basically boils down to button bashing, which is easier if your character isn’t too hurt, and that’s all it needs to be. None of the analogue-twirling madness of previous games. Kick-outs require you to hold down a button until a bar reaches a certain point, at which point you release the button. It’s smart and simple. If you’re fresh and unscathed, the release window will be huge and you’ll have no trouble kicking out – if you’re at death’s door, you’ll have more of a problem. It’s good to see small mechanics like these simplified and not getting in the way of the wrestling itself.
In-match animations are smooth and big moves have a thunderous bang to them as your opponent hits the mat, however the game does leave a bit to be desired in some areas when it comes to graphics. Crowds still look like they did on previous-gen consoles, bunches of blocky humans looping the same 3 second animation over and over. Admittedly you’re hardly focusing on them at any point, but when you do glance over it can pull you out of the immersion the game otherwise provides. It would have been nice to see even the first few visible rows looking and acting like real people. The superstars on the other hand are looking great, with likenesses on the money and their entrances exactly as they are in real life.
With its host of time-sink modes and up to scratch grappling, WWE ’13 is the best iteration of the series yet. Any fan of WWE should pick this up, and whilst it may have its flaws, there’s so much to do you won’t mind them. Just unlocking everything, from superstars to show settings will eat up most of the wait until the inevitable WWE ’14, let alone crafting your very own WWE Universe. Just don’t let anyone hear you mumbling away to yourself. 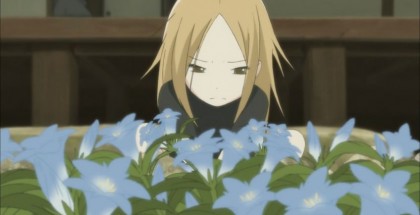