Red Dwarf is returning and I’m excited! This unique UK sci-fi sitcom has pleasured me for hours with it’s slapstick and stomach cramp inducing one-liners. The first episode ‘The End‘ first aired in the UK in 1988 and is set to return for it’s tenth series in September this year with six new episodes.

The first episode is set sometime in the late 22nd century, an on-board radiation leak of cadmium II kills everyone except for low-ranking technician Dave Lister, who is in suspended animation at the time, and his pregnant cat, Frankenstein, who is safely sealed in the cargo hold. Following the accident, the ship’s computer Holly keeps Lister in stasis until the background radiation dies down – a process that takes three million years. Lister therefore emerges as the last human being in the universe – but not alone on-board the ship. His former bunkmate and immediate superior Arnold Judas Rimmer is resurrected by Holly as a hologram to keep Lister sane. At the same time, a creature known only as Cat is the last member on board of Felis sapiens, a race of humanoid felines that evolved in the ship’s hold from Lister’s cat, Frankenstein, and her kittens during the 3 million years that Lister was in stasis. – Wiki –

Red Dwarf’s co-creator, writer, director and executive producer Doug Naylor confirmed Red Dwarf X on April 10th 2011 at the Dimension Jump XVI convention. The four main characters; Rimmer, Lister, Cat and Kryten will once again be played by Chris Barris, Craig Charles, Danny John-Jules and Robert Llewellyn. But as of writing this, there has been no news on whether Holly is set to return and who will play the insanely daft A.I.

Thankfully the new series has been filmed in front of a live audience which was wrapped up January 27th. This is a welcome addition as the 2009 three episode series titled Back to Earth (now officially series IX) felt empty without the audience. As with series IX the new episodes will be aired on the UK channel Dave at a running time of 30 minutes per episode plus commercials. If you haven’t seen it and are a fan of curries, time travel, beer, guns, space battles, and flexing your laughter muscle give this show some attention, from the beginning. It may look a little dated and corny but damn, it doesn’t stop it from being funny.

To keep up with the latest news visit www.reddwarf.co.uk 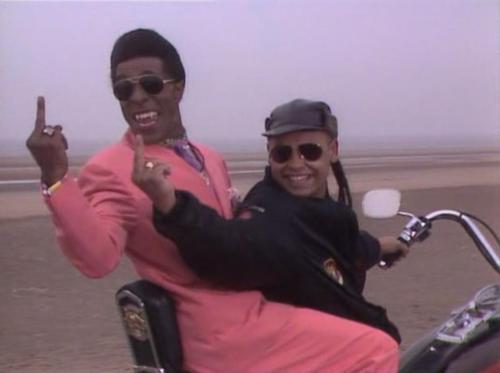 Why you will go and see Star Wars in 3D

iOS Game of the Week – PuzzleJuice