2011 was a pretty stellar year in the games industry. It saw hundreds of top class titles released, and gave us an absolutely fantastic fall/winter. Moreover, the 3DS was launched, the Vita was announced, and, in some territories, released. We also saw the announcement of the Wii U, which, despite not being in the spotlight much at the moment, is out to change the way we play games in 2012.

Ah, 2012. The year of the apocolypse, some say. If so, it better be a good year. Hopefully a year good for games. 2011 was pretty fantastic, so 2012 has a hell of a lot to live up to. Here are the 5 things that I want to see happen this year in the games industry, to make it the best year gaming’s seen for decades.

1. Sony to continue to support the Vita

Go ahead and touch its balls!

With the Vita’s release creeping ever closer, the launch titles look rather nice. Unlike the 3DS, which only started to pick up speed towards the end of last year, the Vita looks like it’s going to be strong from the get go.

However, Sony could be making a very poor decision by releasing such top class titles at release. Will they have a strong library for the remainder of the year? We saw some awesome titles when the Vita was announced, such as Call of Duty, but nothing has been heard of that since.

It doesn’t seem like many games are going to be released exclusively on Vita for the remainder of the year. Sony could be doing the exact opposite from Nintendo, and if this is the case they’ll have a big problem. I want to see the Vita continually supported with great titles and software updates throughout the year. If Sony lets this go stagnant, it will flop massively.

2. The Wii U to serve a purpose

The Wii U is, supposedly, going to be released this year. If so, it has a lot of hype to fulfill. Nintendo has marketed it at hardcore gamers, so it has to deliver. If all these rumours are true, that the console only has as much power as an Xbox 360, then the console will serve no real purpose. Sure, it will sell well, but not to the market Nintendo are aiming at.

To please hardcore gamers, the Wii U has to have a specific purpose, as it’s clearly not ‘next gen’. If the tablet controller proves to be truly revolutionary, and more than just a gimmick, it will be fantastic for the games industry, Nintendo, and the gaming community. So what I want to see is that the Wii U shows itself to be something great when it’s announced, not just another gimmick. 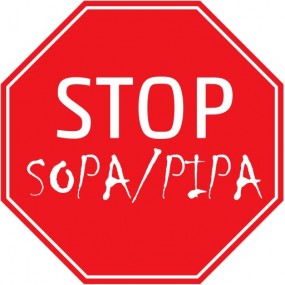 This isn’t directly relevant to the games industry, but it sure is important. SOPA has the potential to get rid of all those Let’s Plays the gaming community has come to love, totally wipe out image sharing or any of that kind of stuff, and with the gaming community generally being a particularly online-savvy one, it will affect us greatly.

If it passes it will have a massive impact on the games industry too: how many times has seeing gameplay footage online gotten you interested in a game? How often do you talk to people on the internet about games? These sites could all be taken down. YouTube could, essentially, die. And that’s why it’s very, very important that SOPA is stopped. If it is, it would make 2012 a pretty great year, as if it’s allowed through…2012 could be the worst year to be on the internet. Ever. Sure, it’s been shelved for now, but I bet you that it will come back with a vengeance…similar acts are already being proposed in Europe! This kind of legislation has to be stopped permanently.

2011 was a pretty awesome year for games, especially towards the tail end of the year. We got a huge barrage of triple-A titles, most of which were pretty awesome. Arkham City, Uncharted 3, Battlefield 3, MW3, Skyrim…the list goes on and on. The question is whether 2012 can match that. So far not many games have been announced for this year, and the main titles coming out are based earlier in the year: Mass Effect 3 springs to mind.

Hopefully we get some awesome titles announced over the next few months and at E3, to help make this year every bit as awesome as the last. If we get something even close to last year’s spectacular lineup, I’ll be happy. Hopefully CoD will bring something fresh to the table, AC3 will tie up Desmond’s story nicely, and perhaps we’ll even get some new IPs: The Last of Us could definitely be coming out this year. If so, we’ll have an awesome fall/winter. For now, we just have to play the waiting game.

5. A new set of consoles

We’re overdue for some new consoles. They’re rumoured every year, but never confirmed. One out of 3 is already coming. I think it’s time the other 2 showed their hand. It would be a very big mistake to let Nintendo get all the hype this year, as it would mean a whole lot of uninformed families would go out and buy the Wii U, reducing all hope of them getting the ‘NeXtBox’ or the PS4. Also, we need something new to entertain us.

I wouldn’t be surprised if Microsoft unveiled a Kinect 2 at the very least, one with better cameras and finger tracking gestures. Sony could unveil something revolutionary that would work seamlessly with the Vita. Or a new challenger could enter the ring. Apple could make something truly great. Who knows: if I could come up with some awesome ideas, I’d be working for these companies. All I know is that I’m expecting a lot from E3 this year, and if we left June with 3 brand new consoles, 2012 would be very exciting indeed.

(editors note: The rumor is that both Microsoft and Sony will be announcing their next gen consoles at E-3 this year!)

So, that’s it. I have a lot I want to see happen in 2012. Some of it may be unlikely, sure, but  anything is possible in this industry. What are your predictions for 2012? What would you like to see? Let us know in the comments.

My Top 10 Moments in Video Games 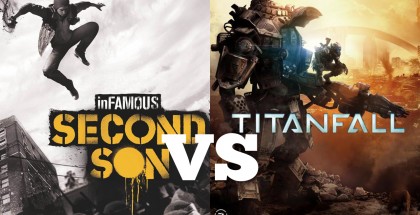