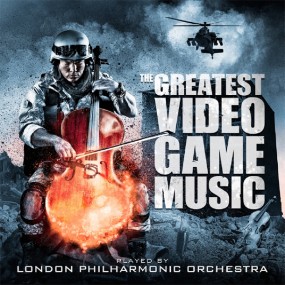 I’m not a big video game soundtrack fanatic. That actually might be an understatement. I’ve never once considered buying a video game soundtrack. There have been a lot of great scores for games, don’t get me wrong. I’ve just never wanted to listen to it constantly playing in the background. If I wanted to I’d probably just let the game sit on the title screen anyway. I did however find something that piqued my interest this week.

I love the London Philharmonic Orchestra. I really enjoy big classical music. I got a suggestions from my husband on Spotify this week for London Philharmonic Orchestra- The Greatest Video Game Music. The perfect combination of music and games. The track list includes music from Uncharted, Oblivion, Mass Effect, Fallout 3, Super Mario Brothers, and many other games that we all know and love. The album has been out since November so this may be old hat for some of you, but this is the first time I’ve come across it. The album is listed at $5.99 on Amazon. At that price I might even buy it. If nothing else, if you like video games, it’s a fun listen for nostalgic purposes. It’s interesting to hear some of the most recognizable music from the past 20+ years of games brought to life in a new way.