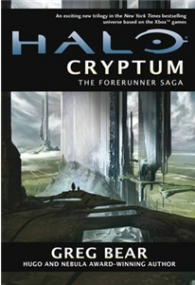 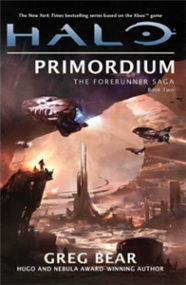 Halo: Primordium is the second release from the author Greg Bear set in the Halo universe. This series of novels known as the Forerunner Saga, gives us an insight into the fall of the mysterious beings that created the halos and more importantly, tells us who the frack was the Didact and Librarian (these names first appear on the terminals in Halo 3).

In the first book, Halo: Cryptum, we are introduced to ‘Bornstellar Makes Eternal Lasting’ (yes, that is a name), a young rebellious Forerunner who’s only interest is to find old lost treasures left behind by the all-powerful ‘Precursors’, a race predating the Forerunners and a race that was responsible for all life in the galaxy. The only problem was they also destroyed all that life and this cycle of creation and destruction has been on-going for some time until, the Forerunners decided they wouldn’t go without a fight and wiped out the Precursors, except for one, as we find out at the end of Cryptum.

We follow Bornstellar’s adventure who is accompanied by two unusual characters (Chakas and Riser), he is led to a cryptum on the planet of Erde-Tyrene (aka Earth) where he resurrects the Didact. Chaos ensues.

Before I continue I would like to just say I am a massive Halo fan. I own all the novels, art books, graphic novels, strategy guides and games (collector’s editions if available of course) and have recently received my prized possession ‘The Art of Building Worlds’ limited edition where only 1,000 copies have been printed and include four lithographs signed by the artists themselves.

In Cryptum we follow the events through Bornstellar’s perspective but in Primordium we are thrown into the mind of the human, Chakas. After the events that take place in Cryptum he finds himself marooned on a halo, battered and bruised. His little human friend Riser’s status is unknown, so he decides to go for a long, long walk in search of his friend.

Chakas is not alone in his search though. After he wakes from the crash landing, he is cared for by a female named Vinnevra and they decide to leave the small settlement full of grouchy men in search of an old man, Gamelpar who was exiled from the settlement and presumed dead. After some babbling between Chakas and Gamelpar the three of them go for a wander. This is where I had a problem with the book. 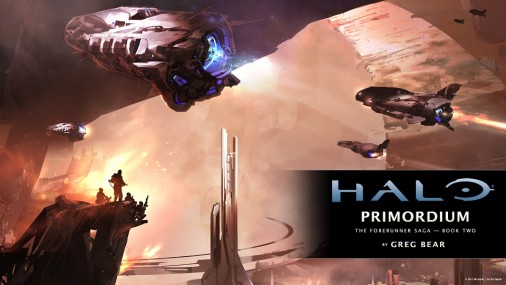 The journey they take pretty much takes up half the novel and found myself sighing that nothing seemed to be happening. It felt that I was reading a boring version of ‘Lord of the Rings’ where we just experience Samwise and Frodo walking around endlessly from place to place. The surroundings felt over described and the characters underdeveloped. To try and keep you from falling asleep, obstacles were thrown in at regular intervals, an impassable forest, a halo wide sea and a ditch. The forest just made me laugh out loud as the spaces between the tree trunks were filled with thorns and amazingly and conveniently the thorns parted leaving just enough time for the travellers to pass before they re-emerged. If I missed the explanation to this while reading this part of the book please let me know in the comments.

Periodically we are reminded that this story is being told to ONI personnel by a Forerunner ancilla (artificial intelligence) and this ancilla used to be Chakas. Even the ONI staff are becoming impatient by the story being told by Chakas so it seems that the writer knew what he was doing, pissing me off. As I made my way deeper into the book I became suspicious about this ancilla Chakas and at the end my suspicions were correct but I’m not here to spoil it for you.

It’s not until we get to the last 90 pages or so that anything interesting happens and a novel at 380 pages long that is simply not good enough. I was force-fed a lot of  information in this section which could  have been more evenly digested throughout the novel but as the story is written in the first person we have to stay with Chakas. This was supposed to be a saga about the Forerunners and not ‘There and back again, a human’s tale set on a halo with a female he doesn’t care about and a decrepit old man’. I felt like I had just seen another mid-season episode of ‘Terra Nova’ where I’m bored out of my skin the whole episode until I’m given a morsel of important plot at the end so that I watch the next episode. And of course I will read the final instalment in the Forerunner saga and anything else that 343 Industries decides to release because I love Halo.

This is the first book released based on the Halo universe that I didn’t enjoy and it gets a sorry 4/10 from me.

The only way is up, baby! 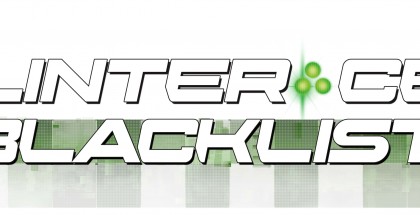