As many of the Talkingship listeners are well aware, we here on the ship like to spend inordinate amounts of time drinking beer and watching bad movies.  We love it so much we named an entire segment of the show after it and have devised our own set of drinking rules to accompany the viewing of said shite.  The Bad Movie Drinky Drinky has become a thing of legend, and I want to put this monster that we have created to good use (well – maybe not GOOD use, but I digress.)  We need to turn these cinematic frowns upside down!  I’ve compiled a list of five video-game movies that we should try and create timeless BMDDs with! 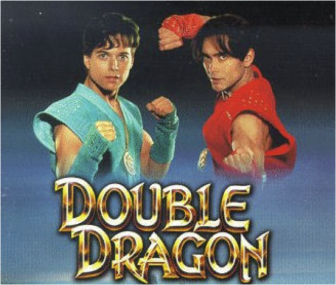 Get in shape with the Jazzercise Brothers!

In 1994, a tale of two unlikely heroes was unleashed upon the public.  It was the film adaptation of a gripping story of good versus evil and was inspired by a video-game where the protagonists walked from left to right, and fought stuff, and then kept walking, and died a lot.  It’s a story that HAD to be told.

You may recognize one of the lead actors – the one sporting the nifty Miami Vice Aqua Marine outfit – as Scott Wolf from Party of Five and, more recently, the remake of “V”.  It seems his agent thought the best way for him to break out from his minor early TV roles (Blossom, Saved By The Bell, etc.) was to star in an action packed movie about a couple of ambiguously gay Jazzercise instructors.  At least that’s what I’m getting from the photo.  I’m not sure how we can glean any enjoyment out of this turd, but a few beers and a shot of Jager might help the matter a little. 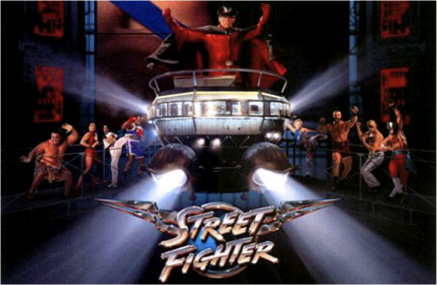 The most awesome rendition of Jesus Christ Superstar EVER!

I’m cheating a little here.  I’ve actually seen this one, and to make matters worse: I saw it in the theater.  I was a bit of a Street Fighter nerd back in the day, and I was also totally hetero-gay for Jean Claude Van-Damme as well, so I thought this film was a sure thing!  Goes to show what trouble teenager logic can get you in.  This agonizing 102 minutes of donkey balls was nearly saved by the fact that it is the final film role that the otherwise impeccable Raul Julia was to star in before his untimely death.  Yet even his buggy eyes and over-the-top acting isn’t going to help you salvage anything other then remorse for his shattered filmography out of Street Fighter.  Did I mention Jean Claude Van-Damme was in it?  And he stars as the AMERICAN GI, Guile? Forgive me.  I need a moment to cry. 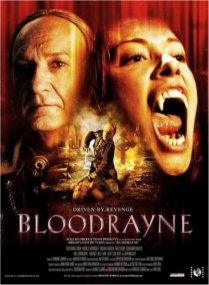 You all knew that the infamous director, Uwe Boll (which I always like to pronounce like a question, “You bowl?”) would be making it onto this list.  He has made a name for himself as our generation’s Ed Wood by crafting some of the smelliest garbage ever released on DVD.  Among his oeuvre of fail is a startling 8 movies based on a video-game (House of the Dead, Alone in the Dark, Bloodrayne, In the Name of the King : A Dungeon Siege Tale, Postal, Bloodrayne 2, Far Cry, and the soon to be released Bloodrayne 3.)  Hell, we could have comprised this entire list with his work (note to self – create a You Bowl? BMDD challenge some day!)

One of the things that is confusing about this particular film from Boll is the actors that he somehow convinced to star in it. First off, he got Kristanna Loken to star as the title character.  This was an actress whose light very well may have shone bright following her turn as the newest Terminator in the third instalment of that series, yet I firmly believe she can put all blame directly on You Bowl? for the drastic downward slide her career has experienced since meeting him.  However, the actors on this film get a hell of a lot better then her: Michael Madsen, Meatloaf, Billy Zane, Michelle Rodriguez, and oscar winning actor, Ben-Mother-Fucking-Kingsley!  What the hell?  Did Uwe Boll pay them in pure, uncut cocaine or something?! 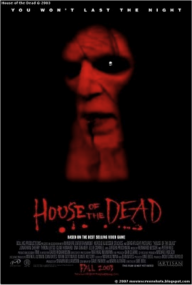 The night? Fuck it, I won't last an hour!

Uwe Boll makes a triumphant return to our list with this, his very first foray into the cauldron of crap that would turn into his career.  This flick, based on a light gun game that has sucked up more then a few quarters out of a lot of our pockets, is about a group of ravers looking for a party on a desolate island.  Unfortunately, for them – and for all of us really – the island is infested with zombies that are being controlled by an evil mastermind.

At this point it sounds like any other terrible horror movie regurgitated from the 90′s, but this one has a film mechanic in it that has never been seen before, nor since. You Bowl? places actual gameplay footage into the movie instead of spending cash on special effects.  That’s right.  Whenever a zombie gets shot, they cut from film stock to video-game scenes, and they don’t even bother to make the scenes match!  It is a trick that should have buried the careers of all involved in this bile, yet for some reason it was just the first in a long line of horrible, horrible things shat from Boll’s mind.  I have a feeling I know who the evil mastermind on this island was.

I think the special BMDD rule for this one should be: Take a drink whenever you find any sort of redeeming value to the movie!  Wait… that’s a terrible idea.  No one will ever get to drink! 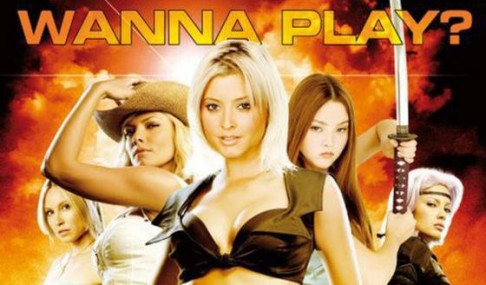 Are we playing shuffleboard? Cause if so, I am SOOO in!

There may never again be a better culmination of film, game, and breasts then this fine piece of as… um, artistic endeavor?… I have always been a fan of the DOA game series, partially for its deft combat, and partially for the way it coined a new term for games: Jiggle Physics.  DOA has some of the most “realistic” breast jiggling ever seen in a video-game.  They didn’t disappoint their fans when they cast the film, sticking with the beauty-over-talent quotient to a fault.  I have no idea what this film is about, and I doubt any of the people that own a copy of it know what it is about either.  There’s really only one reason for a movie like this to exist, and it’s because teenage boys can’t buy porn.  That being said, I am the most excited to see this one out of the five I have listed here.  I don’t think I need to explain myself for that opinion.

You might recognize a few of the faces in this film, including Jaime Pressly (from My Name Is Earl) and Devon Aoki (Miho from Sin City) as well as the irreplaceable Eric Roberts!  Geeze, with talent like that I can’t understand why this film didn’t blow up the box office!

There you have it.  That’s our list of the 5 Worst Video-Game Movies that I am officially CHALLENGING you all to watch as a Bad Movie Drinky Drinky!  Enjoy the ride, and don’t blame me for doing it when its over.  You’re the dumbass that took me up on the challenge.