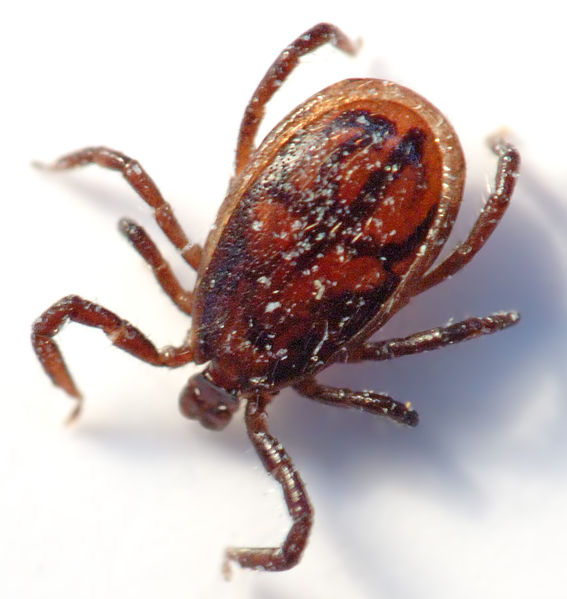 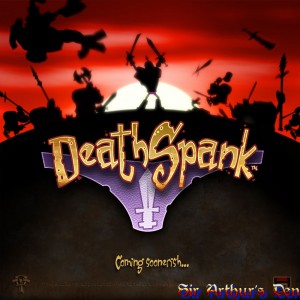 C'mon, you know you want to.

I love Patrick Warburton. He is my ultimate man-crush. He is one of the funniest actors alive, and he’s the only person I know that can deliver his lines with such a “straight-man” appeal. Every time he makes a movie cameo I lose my mind. It’s like pouring a bowl of cereal and getting two prizes. That said, one of his most undersold projects was the live action version of “The Tick”. The unbridled desire to be a superhero mixed with the inability to tell he’s a moron is captivating and one of a kind. That is, until now. I present the interactive idiot-hero for today, Deathspank.

This, but funny. (And with a side-kick)

For those of you who’ve played the “Monkey Island” games, you’re familiar with the humor and writing style. It’s a throwback to movies like “Airplane” or “The Naked Gun”. The jokes are obvious and are often bad puns, yet it’s the straight-man delivery that sells it. Deathspank is this to the letter. The game picks up with him at the end of his quest. Having been told via a fortune-teller that he would be a great hero, he takes that at face value and sets out to claim a powerful artifact known as “The Artifact”. After many a fetch-quest and a few insane conversations, he gets his hands on the Artifact only to have it stripped from him. Insert generic bad-guy, who’s a real meanie and wants the Artifact for himself and you’ve got the basic premise. That said, it’s the details that make this stand out from other games of its kind. 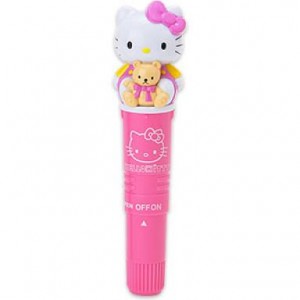 This is not the Artifact!

During your quest to reclaim the Artifact, you come across many a citizen (and one very wise cow) who are in need of your assistance. Deathspank, ever eager to be a hero, takes on the quest for a missing wallet with the same passion as he does the quest to save a slew of kidnapped orphans. The conversations are funny and the voice acting is surprisingly good, but can be skipped if your patience runs thin. The combat appears boring at first allowing for a general button mashing experience, but within twenty minutes of game time, you’ll realize that simple button mashing does not work.

You’re given a justice meter, fill it and if you’ve a magic weapon equipped in one of your four slots, that weapon becomes quite a doozy. The easiest way to fill this meter is to use a different weapon with each swing, causing your multiplier to increase, and your weapon to charge more quickly. Added to this is your shield. You’ll hardly use it at all over the first two hours, but you’ll soon discover that it’s essential to combat. Without it, (using the Gandalf voice here) YOU SHALL NOT…PASS! This takes what at first appears to be a simple button mashing combat system, and turns it into a fight that requires some consideration. 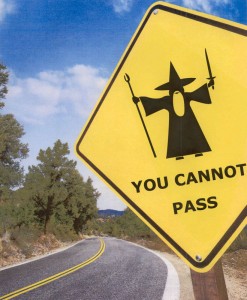 The art direction is simple, yet elegant. The world, the characters, the battles are all in 3D. The trees, the buildings, the rocks, are often in 2D. This is both entertaining and frustrating at times. If an enemy is attacking you from the woods with a long ranged weapon, you may spend a moment or two trying to locate him as he’s actually hiding behind, what is essentially, a cardboard cut-out. It was recently brought to my attention that the characters are very much in the style of the cartoon “Courage, the Cowardly Dog”. They’re ugly and strangely drawn, yet they’re not so much as to be repulsive. They’re like ugly babies, you know they’re ugly but they’re cute in their own right. 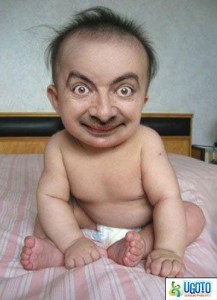 Someone, somewhere, is in love with this thing.

The game is a series of fetch-quests. Plain and simple, it asks no more of you then that. Each quest is filled with many battles, each conversation filled with many jokes, and each puzzle is complicated enough to make you appreciate yourself once you’ve figured it out. With the spirit of the great Warburton, I’d recommend it to anyone. 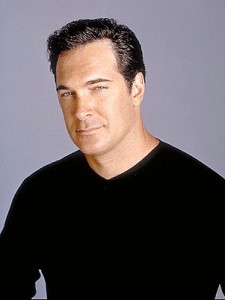 Editorial: What is Talkingship Good For?