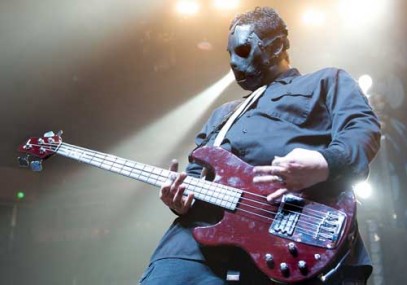 A hotel worker in Des Moines, Iowa, found Paul Gray of Slipknot dead of an apparent drug overdose today.  Paul had been in the band since its founding in 1995 and has ridden the highs and lows of fame with them ever since.  It was widely known that Paul suffered from addiction, but many friends and fans had hoped that the recent announcement of his wife’s pregnancy would be enough to change him for the better.  This is an all too common theme for the rock-and-roll lifestyle, and as a music lover I am getting sick to death of hearing it.  Too many great talents have been taken from us far too early, and now we have to Paul Gray to that list.  Whether or not you liked Slipknot, there is no debating that Paul Gray could wield a bad-ass bass.  He will be missed.

Do We Really Need A Hitman 2 Movie?