Sports games are often times viewed based on whether they add enough to the franchise to warrant a purchase, even if you owned the game’s prior release. This is understandable, if not slightly unfair. Releasing a new game each year is a monumental task for a developer, regardless of whether they made a few changes or totally overhauled the game’s engine. It’s important to judge a sports game on the quality of the franchise as well as the improvements it makes year to year.

MLB 10: The Show is a perfect example of this dilemma in game reviews. Personally, I purchased the game without looking at any reviews as the MLB The Show franchise has won that kind of goodwill with me by consistently turning out great games with tons of new features year after year. Knowing what I know now, would I purchase the game again? 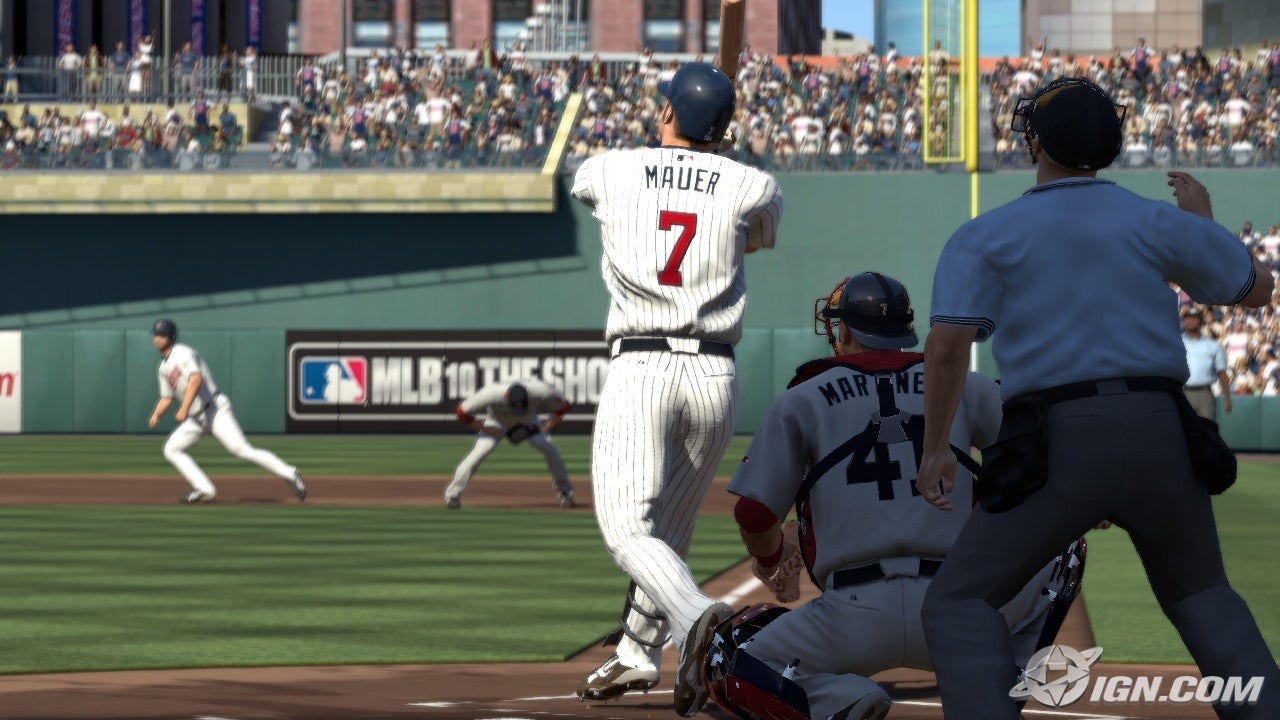 Let’s start with what this game does right, and there’s plenty of it. Over the past few years, MLB The Show has presented the most authentic simulation baseball available to gamers on any system. The key word there is presented, as the presentation in this game is second-to-none. The shadows will shift as the game goes on, depicting the sun’s movement as the game moves to the later innings. Players have their own distinct batting styles and mannerisms, and the announcing is, with exceptions, spot-on.

Hitting in this game is hard. Really hard. You may never get it fully, I still feel like I have a better grasp on where the ball is going some days than others. This unrelenting challenge will frustrate you to no end. You’ll guess pitches perfectly, feel like you have your timing right, and crush the ball … directly to the center fielder. However, when something goes your way in this game, you really feel like you’ve accomplished something. When you smack one into the left-center gap with guys on second and third or hit a walk-off solo-shot in the bottom of the tenth inning, you’ll probably tweet about it. You may tell your friends about it at work the next day.

The frustration/reward bell curve is only amplified in Road to the Show, where you create a single player and only play when he has an impact on what’s going on as opposed to every pitch of every game. Road to the Show abridges baseball games to the point where you can get through one in 5-10 minutes as opposed to 40-50 minutes for a standard, every-pitch game. You are also left feeling more involved in your player’s struggles, triumphs, and progress. It is the mode I have poured the most time into on this game, by far. 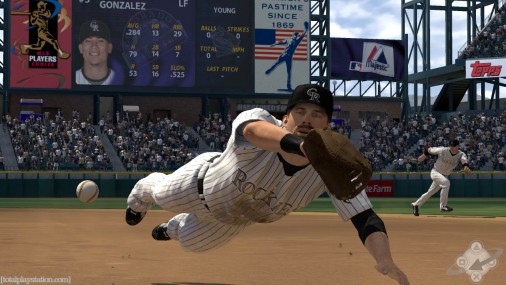 Knowing what I know now, I would not purchase this game again. Most things the game does right were also done right in MLB 09: The Show, and the changes that have been made are minimal. This year’s game adds a few new training drills in Road to the Show, full season features in online play, a refined home run derby, and a multitude of new shading and graphical effects. Outside of that, there’s not much new here. Online games can still be laggy, and while this is a generally a function of the two players’ internet connections, you would think there could be some consideration given to the one place you don’t want an online game to be laggy: from the moment a pitch is thrown to the moment the bat is swung. The developer needs to take a hard look at this, as there could be considerations for reducing graphical resolution to allow the framerate to stay up. There’s nothing more frustrating in this game than guessing a pitch dead-on, and missing because the ball lagged right over the plate without even getting a chance to swing at it.

The manager logic in Road to the Show is buggy in this game, too, and it is seemingly more buggy in this game than it was in last year’s version. In Road to the Show, you’ll start in the minors and work your way up to the majors. There is seemingly no way to break through to the majors before your third season. I was batting .340 with good power numbers, solidly in the cleanup spot of the lineup of a team that would go on to win the AAA championship in my second season, and went the entire year like this without being called up to the last-place-in-the-division MLB team. My numbers were mirrored by the catcher in the minors, and now, in my fourth season, he remains in the minors. Perhaps there’s some overarching logic that I’m not aware of there, but it just seems like he is outperforming every other catcher in the organization, so he should get the call. 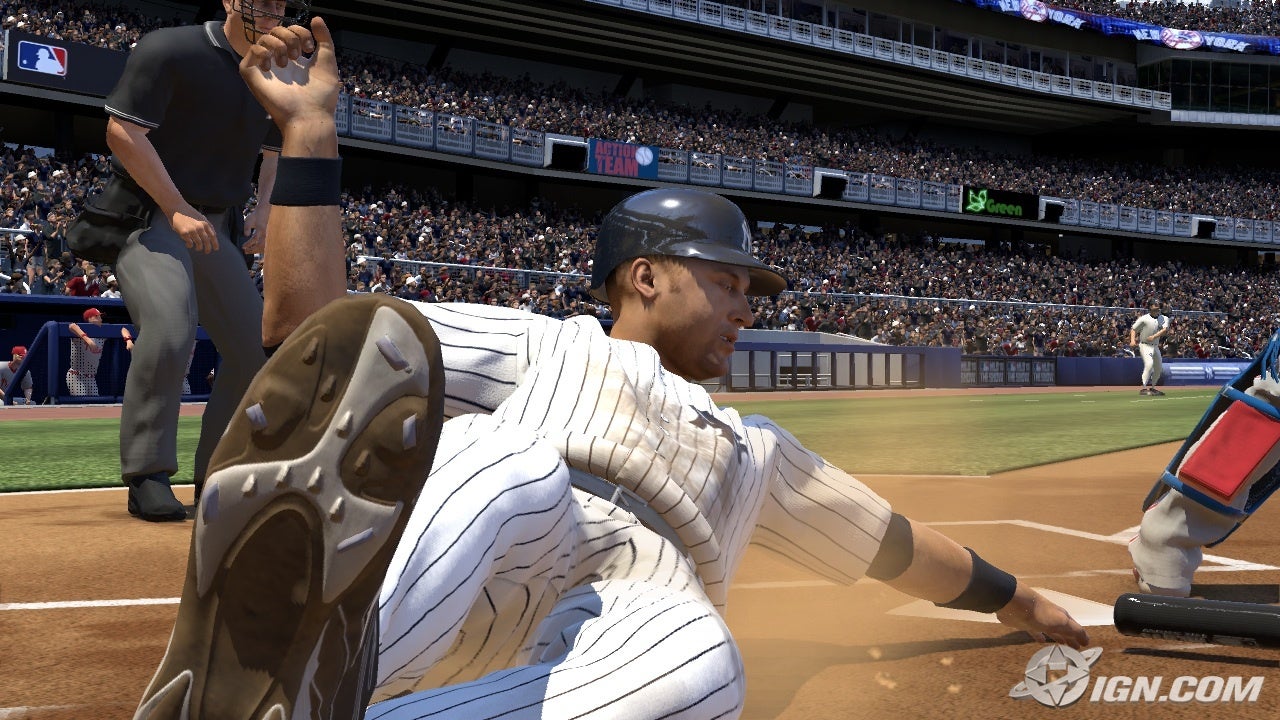 The MLB: The Show franchise is the greatest modern baseball franchise there is, and baseball fans who are Xbox 360-exclusive owners are really missing out on something special here. There’s just not enough new here for owners of last year’s game. This was not one of those years where the system got completely overhauled and multiple improvements were made to an existing system. But this system didn’t need an overhaul. Bottom line, this game deserves two separate review scores, one for owners of MLB 09, and one for those who don’t own MLB 09.

Editorial: What is Talkingship Good For?