Investors have been clamouring for Nintendo to enter the mobile market for years, and now it finally seems like they’re doing so in a big way.

Talkingship has seen documents showing that Nintendo is in talks with major smartphone companies, with the apparent aim of building a phone. Whilst we are unable to disclose which companies these are, we can say that they are major players in the industry, and that this is definitely a hardware project, as opposed to a simple port of Nintendo games to iOS and Android.

It’s unclear how early in development the phone is. Talks appear to be in the preliminary stages, and we wouldn’t expect to see anything for a year or two. There is an off-chance that this isn’t an actual cell phone: it could be a tablet, and there is also the possibility that the next iteration of their portable console is running on a phone-like architecture. Based on those involved, however, we think a phone is more likely.

The news will likely come as a relief to both investors and the gaming community: Nintendo’s financials have been poor as of late, and a major new product like a phone could provide a kickstart to their business. Coming off the back of a successful E3, this could be the start of a recovery for Nintendo. The company’s shareholder meeting is this week: if Nintendo provide any comment in the wake of this report, we will update the article.

The System is Not Broken: “Good” Journalists Succeed

This Technology is the Future of Gaming July 31, 2013 | Shaxster 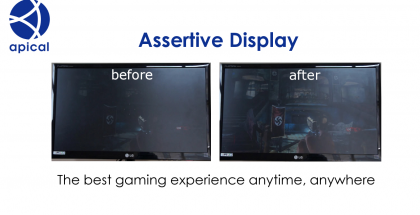