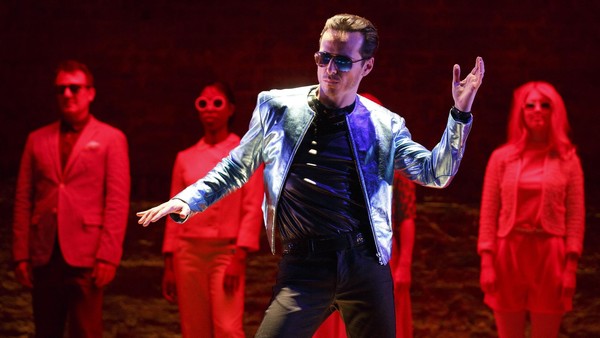 Not even Andrew Scott’s electrifying performance can save this disappointing production.

Naturally, when I saw that the Royal Court’s Birdland featured Andrew Scott (he of Sherlock fame), I jumped at the chance to book tickets. Indeed, Scott does deliver. He plays Paul, a rock star who’s slowly being corrupted by fame, with brilliant energy – for the entire performance, he is lively, electric and mesmerising. The pure dynamism which he brings to the play is captivating – energetic dance moves segue into pseudo-psychopathic changes in voice, bringing to life this flawed and troubled musician.

Unfortunately, not even this brilliance can save Birdland. As soon as we turn away from Scott to focus on the rest of the production, the charade falls apart. The story makes little sense – it has no focus, jumping all over the place from one forgettable scenario to another, with little character development along the way. The basic idea is that Paul is on the last legs of a world tour, and his life is starting to crumble around him. Through acts of betrayal, contempt and pure madness, we get a glimpse at his inner, fractured psyche. But the plot arcs are muddled and blurred, serving to create a narrative where the intentions of the character never make sense. Coupled with the ending that comes out of nowhere and leaves you utterly perplexed and unfulfilled, and you have one of the most bafflingly inane plays in recent memory.

This isn’t helped by the script, which simply moves from cliche to cliche. It’s groan worthy at times (very few of the jokes are actually funny), and when delivered by a relatively weak supporting cast (none of whom really suit the roles they’ve been placed in), it falls flat. Worst of all, it’s dull. I spent the vast majority of the runtime waiting for it to finally finish – never a good sign.

The cherry on the awful cake is the set design, which is utterly dismal. It tries to be clever, with a minimalist design, some sort of moat and a moving centrepiece, but it ends up feeling try-hard, adding little to the show. It’s utilised poorly, and the fact that it’s so drab just adds to the overall feeling of boredom.

Other than Scott, who is truly brilliant, there is little reason to watch Birdland. It’s just about competent, but it achieves little more than this. It’s a shame, as Scott does all he can with the material he’s given. The substance just isn’t there. Ironically, this play about a fallen entertainer is poor entertainment itself.

Birdland is running at the Royal Court until May 31.

The reviewer paid to see the show.

Harmonix’s Amplitude Kickstarter Coming Down to the Wire: Help Them Out!

What To Expect from Apple at WWDC 2014 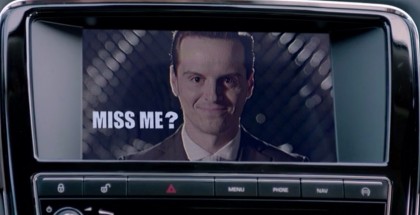