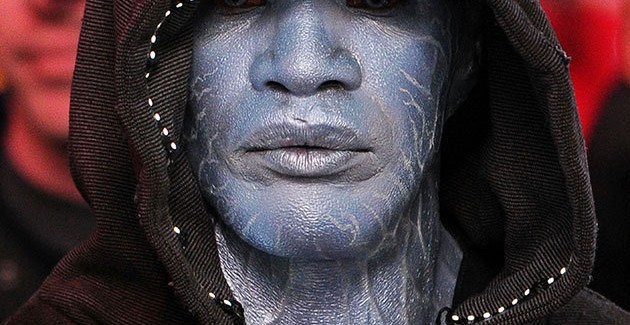 Goodness, comic con sure has come a long way since its geek culture roots. Nowadays, movie studios are doing trailers just for character reveals at the trade show! Here’s the very first look (not actually – pictures have been out there for several months, but let’s just go with the hype anyhow) at Jamie Foxx as Electro in a teaser trailer for a comic convention exhibit (that’s just weird). The Amazing Spiderman didn’t really do it for me, so I have trouble getting excited for the sequel, but if you’ve been anxiously awaiting a peek at the new villain then today’s your lucky day!