Talkingship’s Games of the Year

Yes, it’s that time of the year. Games of the Year time.

2012 was a year of many things. President Obama was reelected, the Olympics came to London and Kate Middleton was caught topless. But there’s one thing in particular we care about here at Talkingship, and that’s video games. We’ve seen both highs and lows, and have been impressed by more games than we could possibly write about. After much deliberation, we managed to put together a list of the top 15 games we played this year. All of these are games we highly recommend, and we’d go so far as to call the top 5 essential. So here they are: our Games of the Year. 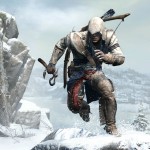 Assassin’s Creed 3 failed to meet our lofty expectations, but that doesn’t make it a bad game. Ubisoft gave us a fantastic representation of Colonial America, full of rich and interesting characters. Whilst he’s never going to be as loved as Ezio, Connor brings with him his own unique story, allowing us to see the Assassin’s Creed universe with somewhat fresh eyes. Add in the historical references, beautiful frontier and naval battles and you have a solid (but not spectacular) game, despite the markedly worsened combat and stealth.

Admittedly an odd contender for a Game of the Year list, but this one definitely deserves a mention. Although it’s a game aimed at a very niche market, THQ and Yukes have delivered a fantastic representation of WWE. With the option to relive and interact with the legendary “Attitude Era”, plus controlling and manipulating your own WWE television schedule and plenty more on top, WWE ‘13 provides a hell of a lot of value for fans. The gameplay’s the best it’s been and it’s hard to see how Yukes could improve on this effort, but with the way this game has turned out, they’re definitely the developer for the job, proving they know the source material inside out, and providing fans with the experience they’ve been craving for years. Read our full review here. 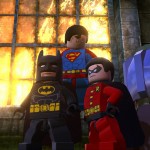 Whilst the LEGO game franchise is nothing new, Lego Batman 2 truly reinvented the franchise, making some additions that were most definitely for the better. The inclusion of an open-world Gotham City was a fantastic choice on the part of the developers, as was the decision to include 50 playable characters from DC’s extensive roster, giving the game huge replayability. Add in the superb voice acting, hilarious dialogue and fun platforming and you have a superb game: one that most definitely deserves its place on our list. Read our full review here.

Super Hexagon is a game to which we lost hours of time, absorbed by the mesmerizing colors, shapes and music. Whilst it seems simple at first, the game provides a challenge the likes of which we haven’t seen in a long time. With superb gameplay, glorious visuals and an astonishingly good soundtrack, this is easily one of the best games this year. Prepare to have your dedication well and truly tested in this must buy downloadable title. Read our review of the Steam version here. 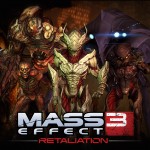 The conclusion to this epic may have invoked a hell of a lot of (in our opinion, unnecessary) criticism being fired in Bioware’s direction, which is somewhat absurd considering that they actually delivered an incredibly immersive and at points moving experience. Seeing the effect that your decisions from the previous two games have on the galaxy spanning war ensures that you really do feel like the weight of the world is on your shoulders and that you are the galaxy’s only hope. With massively improved gameplay and some real tear-inducing scenes, seeing the conclusion to your Commander Shepard’s story really was one of the gaming highlights of the year.

After affirming their dominance in the sandbox market over recent years, Rockstar’s annual output came in the form of the linear Max Payne 3. Continuing the troubled cop’s life story, this is a continent hopping, bullet-time happy shooter with incredible Rockstar-quality production values. An intriguing story that wouldn’t be out of place in cinemas takes you from location to location as you fling a (slightly podgy) Max through the air, firing off your pistols in slow motion. Topped off by a fantastic soundtrack, this atmospheric shooter is more than worth the entry price. And that’s not to mention the addictive multiplayer that’ll have you nearly as hooked on it as Max is on his painkillers. 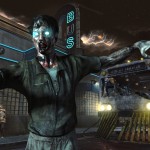 If there’s one thing Black Ops 2 showed us, its that the annualization of a franchise doesn’t impact on the quality of the games involved. The unique campaign, fun multiplayer and enhanced Zombies mode all remain as strong as ever in Black Ops 2, giving it a well deserved spot on our GOTY list. The addition of decisions and multiple endings to the campaign made it the best an FPS has seen for a while, and whilst the multiplayer may not have received the reinvention we were promised, it’s still well above all the competition. Whilst the FPS genre may be in decline, the quality of Black Ops 2 shows that the genre most definitely still alive. Read our full review here.

Criterion, the guys who made the incredibly fun Burnout:Paradise, helmed the Need For Speed franchise once more for this sandbox street racer. After a brilliant debut on the series with NFS: Hot Pursuit a few years ago, Criterion tackled the Most Wanted franchise with excellent results. Streamlining the experience to make things super accessible for the player, with features like Easy Drive allowing you to mod your car on the go made the game better than ever. Add in the fact that you have access to nearly all of the fully licensed cars right from the off (as long as you can find them hidden around the city) and it’s clear that Criterion produced possibly the best racer of the year. Driving that’s all about pulling off satisfying drifts around a beautiful world before hitting the nitrous make NFS: MW a definite purchase for car addicts everywhere. 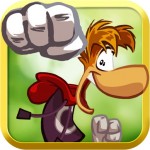 It’s difficult to emphasize how pleased we are at an iOS game making the top ten games of the year. This iPhone and iPad platformer reinvents the Rayman franchise into an auto-runner, where you’re only able to jump, punch and float. Nevertheless, the game retains all of the traditional Rayman charm, whilst adding a layer of addictiveness and replayability that very few games have managed to achieve. The beautiful graphics and entertaining gameplay make this $3 game one of the best this year.

Who would have thought it, a kid’s game in a top 10 game of the year list? Despite a slightly younger target market than normal, this fantastic racer is one of the most entertaining games we played this year. With superb racing mechanics, a huge variety of well-known (and obscure) Sega characters, some brilliant local co-op modes and dynamic tracks that change every lap, this kart racer stands heads and shoulders above its competition. Read our full review here.

With an extremely troubled development involving multiple publishers and a change of name, it was hard to expect anything from Sleeping Dogs. But Square Enix were right to take the leap of faith with it, as they ended up delivering a genuinely unique sandbox experience. While it might look it, this is no GTA clone. Set in Hong Kong and with a story filled with triads and double-crossing, Sleeping Dogs takes you on a surprisingly gripping journey with its tongue firmly in its cheek at all times as it pays homage to the martial arts films of old. Don’t expect to walk around with a rocket launcher shoved down the front of your jeans a la Niko Bellic: although you do get to test your shooting skills occasionally, this game’s all about your fists. Cue “Kung-Fu Fighting”.

Telltale Games, previously known for mediocre efforts like the Back to the Future game, will now forever be known for their use of the Walking Dead license. Continuing with their signature episodic point and click structure, they knocked it out of the park with excellent writing, believable characters, and a story that rivals both that of the original comics and the TV show. With the “is it a game or an interactive story” argument still rattling on, there’s no doubt that whatever you want to call it (it’s a game, by the way) this is a must play experience that’ll have even the emotionless of you blubbing like babies by the end. 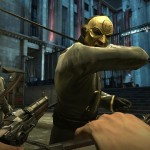 One of the few new IPs released this year, Dishonored was a refreshing approach to action games. Giving players a plethora of ways to approach each level, Dishonored is every bit as much about choice as it was violence. Whether you want to sneak through the whole level, use magic to kill your foes or even storm through with a sword and a gun, the gameplay remains solid and entertaining. Each level really is a mini open-world. The brilliant voice-acting, art style and plot all help to make this Arkane Studios title a beacon of hope in what previously seemed to be a stale genre.

This exceptional title from thatgamecompany surprised everyone when it was released back in March. The premise and goal is so simple, yet it manages to resonate with you on a number of levels. This two hour experience takes you on an emotional journey: joy whilst surfing through deserts, fear whilst exploring underground caverns, complete despair whilst climbing a mountain. Combined with the superb integration of multiplayer (which truly redefined the way we communicate in games), the stunning graphics and incredible soundtrack, this independent game truly shines as one of the best this year. 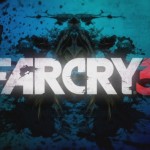 So here it is, our GOTY. The last major release of the year saw Ubisoft make up for the slightly disappointing Assassin’s Creed 3 with this phenomenal title. Earlier in the year, Dishonored earned its place at the top of the pile when it came to freedom within a world, yet Far Cry swooped in at the last minute and stole the crown. Never before have we felt so involved in a living, breathing world. Unscripted chaos such as nail biting escapes from pirates being helped along by the pursuing car flipping over a wandering Komodo dragon will leave you breathless and exhilarated, to say the least. An interesting story takes a backseat as you’ll be too busy shooting giant tortoises with rocket launchers to care. Add to this multiplayer and a separate, and extremely fun, four player co-op campaign, and you’ve got bags of value that you’ll lose days too. This is without a doubt the best game released this year, and it has well and truly earned its place at the top of the list.

We’d like to give a special mention to the demo of Rayman Legends, which is one of the best gaming experiences we’ve had this year. With a complete reinvention of multiplayer thanks to the asymmetrical gameplay, a stunning soundtrack and beautiful graphics, this is a compelling enough reason alone as to why you should buy a Wii U.

So, there you have it: our games of the year. Do you agree with our picks? Is there anything you would add in? Let us know in the comments, and we’ll see you in 2013!