Does Wonderbook levitate amongst a crowd of kid’s games, or does it suffer a terrible curse?

Wonderbook. Watching Sony’s E3 presentation, it’s all you could think about. It looked interesting, for children at least. I understood what the appeal was, despite not being interested myself. But having spent about 30 minutes with the game at Eurogamer Expo, I’ve changed my thoughts. Wonderbook is awful. And I don’t know what Sony are thinking.

The game, for those who don’t know, uses augmented reality technology. You have a physical book, and the PlayStation Eye recognises QR codes on the pages, ‘bringing the book to life’ on the screen, so to speak. I never really got the point of this kind of AR. It works well in the game, and it’s very accurate, but it really doesn’t add anything at all to the gameplay. You just stare at the TV, seeing a grainy image of yourself, and a superimposed image of other objects. It certainly doesn’t help that the book itself looks very odd (blue, with QR patterns everywhere), and if you glance down the illusion is completely shattered.

The game involves you learning spells by waving the Move as a wand, and then casting them using the trigger. You use these spells in a variety of mini-games: if you can call them that, as they’re not exactly games. After learning the levitation spell (which, annoyingly, isn’t referred to by its proper name), I used it to lift up a jar and drop it. That was it. The challenge after learning the Engorgio spell was to make a pumpkin swell up without bursting. I have one question. Why? Just why? Why are you wasting my time? I spent about 3 minutes trying to cast your stupid spell ‘accurately’, and I don’t even get to use it properly? WHY?! Some of the other mini-games were slightly more fun, such as hitting rats with the fire spell, whilst attempting not to destroy the classroom. This was incredibly inaccurate however, with me repeatedly flicking the remote in the intended direction only for nothing to happen. It was frustrating.

That’s the fatal flaw with this game. It’s frustrating. It’s frustrating to cast the spells initially, which is every bit as fiddly as it seemed during E3. It’s frustrating to be presented with stupid mini-games. But most frustrating of all is the fact that you only have to wave your wand once for each spell. Once you’ve done the spell for the first time, you don’t have to repeat that motion again. You just press the trigger to cast that spell in future. All the actual fun that you could get from casting spells instantly disappears. There’s none of the wonderful charm (no pun intended) that Harry Potter has. And that’s very, very sad.

Overall, Wonderbook is a massive disappointment. I can’t see any reason why you would buy it. It was fun to cast the levitation spell for the first time (despite Move not recognising this), but every moment after that was a tiresome bore. This game should be well avoided, and with any luck Sony will have the sense to cancel this project altogether. I’m doubtful they will though: Sony have shown an incredible lack of forethought here. 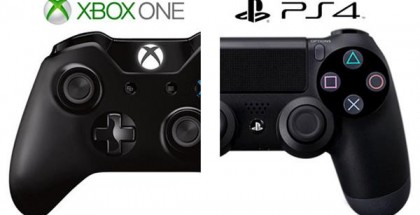