In a post today on video on the official Bioware site, Executive Producer Casey Hudson goes through the details of the much-rumored, now-confirmed multiplayer mode in Mass Effect 3.  There will be four co-op missions with up to four players, revisiting places that you visit during the single-player campaign to hold or further advance the actions that you have taken as Shepard in those areas. That being the case, it sounds like you won’t actually play as Shepard during multiplayer at all – you’ll have access to some new and old characters and races that you’ve never been able to play as in the past. However, the class structure will remain the same, so if you’re familiar with the Sentinel class, you can employ that in the co-op as well.

The biggest bombshell in the reveal is also the most ambiguous: Hudson mentions the fact that the ending of your single-player campaign is at least partially contingent on your participation and success in the co-op missions. Being that the co-op missions are focused around strengthening Earth’s foothold on places Shepard has already been, this is a cohesive move as far as the narrative is concerned. However, this is sure to be a divisive topic among Mass Effect faithful.  Some are hotly opposed to the very idea of multiplayer being in Mass Effect 3, but many of those were the same that cried foul when Bioware removed many of the RPG elements between Mass Effect 1 and it’s sequel.

Here’s the video, for all you Bioware junkies out there: 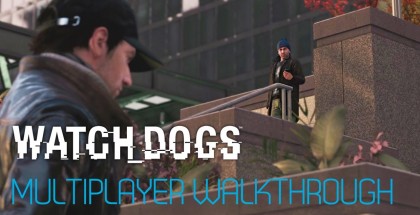