Dream is certainly an interesting game. As the name suggests, it takes place inside someone’s dream – specifically, that of a university graduate. As he goes to sleep, you enter his subconscious and roam around. Unfortunately, it doesn’t seem that there’s much more to it than that.

I played 20 minutes or so at EGX London, and came away somewhat disappointed. As a concept, Dream is great: seeing the way in which reality seeps into the dream and vice versa has the potential to be fascinating. But the execution is rather lacklustre. The dream begins in a cavernous white space, with no direction or navigational clues. This inevitably led to walking around in circles for almost half the play time. When the developers eventually drew my attention to something resembling a path, I soon left the white room and ended up in the middle of a desert. This entrance was the best part of the game. It looked gorgeous, with sand that felt real. It was an awful lot like thatgamecompany’s superb Journey.

But the similarities end there. Once in this desert, more wondering around ensued. Finally I stumbled across a maze and found a computer – inputting a password that was written right next to the computer (possibly one of the worst attempts at a puzzle I’ve ever seen) made it snow, and then I was tasked with running through four mazes over and over again in an attempt to turn off the lights.

That’s right: the job was to walk around. Endlessly. The first maze took me about 10 minutes. After that, I threw in the towel. The puzzle was pitifully easy, the single enemy in the maze was a cinch to avoid and I certainly didn’t feel like doing it all again three more times. Talk about poor pacing.

Dream may get better after this – from my chat with the developers, it looks like the puzzles will become more varied and interesting. But the opening chapters of the game are not very good at all. They’re not enthralling and they serve to turn you away from the game. I can see glimpses of the excellent game Dream could be…but I’m not sure if the final product will reflect those glimpses, or if it’ll be more of the snorefest that the demo was. 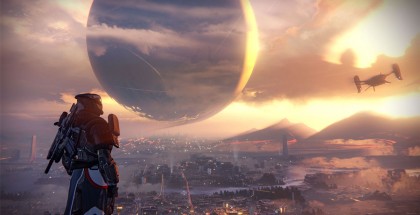