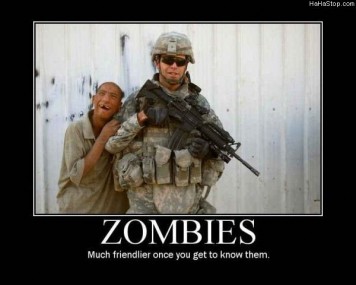 It all started innocently enough, as these things often do. Motivations brought to life with the best of intentions often go wrong though, and before I knew it I had started the zombie apocalypse. So starts my explanation for why I dove into writing my first novella, Deadlocked.

I had aspirations to be a real-life author since I was 8 years old. Since then, 26 years had come and gone with little to show for it but ream after ream of unfinished tales. I wasn’t at a loss for a chance to write, for sure, and this very website kept me tapping away at the keys of my tired old MacBook nearly every day. I was keeping in practice, but the opportunity to call myself a “professional” writer still eluded me.

Then a cavalcade of circumstances led me to take on a story that I would have never dreamed I would start, let alone finish! I started writing a zombie story.

It all started with an extended strategy guide that I did for this site on a flash game called Rebuild 2. I spent an enormous amount of time playing that game, and I had a blast with every second of it. This game, combined with Dead Island, reminded me that any tired old setting could be reignited given the proper gameplay.

I also spend an unbelievable amount of time debating the ins and outs of movies every week over on the SG Flix podcast with my friends, Dave and Yoshi. One of the running themes of that show has been that Yoshi is sick and tired of zombies in all their various incarnations. Dave and I tried to convince Yoshi that he should watch at least one episode of The Walking Dead because it represented the best that the zombie motif had to offer.

Yoshi’s declaration that he would never give in and would continue to abstain from the world of zombies got me thinking. If I had been tasked to create the single greatest zombie videogame of all time, how would I do it? I took on the challenge, not by making a game, but by writing a ridiculously in depth series of articles on how, if I WERE to make a game, I would go about doing it.

Around this same time I received the worst news I had ever been given. Ever. My mom had come down with breast cancer.

This isn’t the place to discuss this turn of events, but let me just explain how it fits into the story. I live a thousand miles away from my mother (1,010 to be precise) and everyone in the family agreed that driving back and forth doesn’t make sense, at least not at the moment. That left me sitting far too far away with my mind racing, day and night, about what our family was dealing with. There is no better way to ignore something than to become obsessed with something else, and writing these articles became my obsession.

It was supposed to be a three article series, but 3,000 words into the third article (and only getting through the first chapter of the game) I realized that I had gone way, way too far with this obsession. So why not take the obsession into overdrive?

If I were going to write a 10,000 + word article about a zombie apocalypse, why not turn it into an eBook? Of course, I don’t think anyone would read an eBook about the plot of a non-existent video game, so I decided to turn it into an actual story.

And that, my friends, is how we have come to this. I am responsible for the start of yet another zombie apocalypse. My novella, Deadlocked, is now available on all of the major eBook outlets.

The Plot of Deadlocked (Spoiler Free)

I wanted to create a zombie story that didn’t follow the normal cliches inherent to that genre. My goal wasn’t to tell a great zombie story, but to simply tell a great story. The zombies were just the catalyst of disaster, and I tried to make a story in which death itself was the antagonist.

Deadlocked features a protagonist, named David, who begins the story in immediate terror of his own demise. As we progress through the story we see him deal with the possibility of his own death, but he has a family to take care of, and he can’t let himself die unless he knows they are safe. This requires him to travel through a city that is being overrun with the undead, and that is pretty much where our adventure begins.

I hope you take the time to check out the novella. If you would like to read a portion of the story to see if it is something you would like, you can read the first couple chapters by following this LINK. 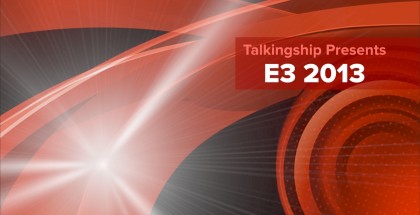