When I was a kid, my family would take the hour drive to the nearest mall two to three times a year as a way to entertain me and my rambunctious sister. My sister and I had very different ideas of what constituted “fun,” so I often found myself sitting with my dad outside of fashion stores while the female half of my family cleared out the sale sections. Outside of one of those stores was a large, gently sloping cone with a hole in the middle, a sort of coin fountain without the water. Inspired by boredom, my dad and I made a game out of this: we would race pennies around the outside of it, seeing whose coin could better postpone its inevitable demise. And, now, after playing 0RBITALIS, I have to wonder if its developer, Alan Zucconi, had a similar experience. Why? Because 0RBITALIS has a great deal of similarities to the game that me and my father played all those years ago. And while that game might have been a decent distraction, by the end of my time with 0RBITALIS I can’t help but feel that this shared central concept has been stretched a little thin.

The idea is this: you aim and fire a small red sphere into a spiraling solar system with the goal of keeping that debris from crashing into other celestial objects for as long as possible. Most of the game’s levels require only a few seconds of criss-crossed orbit to pass, but the leaderboards reveal that proper finesse can leave the sphere floating for hours. Still, a basic understanding of gravitational physics conquers nearly all of the game’s early puzzles: larger objects have a greater effect than smaller ones, nearer objects will cause you to slingshot, etc. etc. However, as 0RBITALIS progresses the complexity of the puzzles quickly outstrips the predictive tools the game gives you, and as a result many of the solutions to the later puzzles come as a result of random guesswork and chance. By the time the game introduced timed gravitational fields, I had all but given up the successful strategies the opening puzzles had taught me.

IT ISN’T AFRAID TO CHANGE UP ITS RULESET 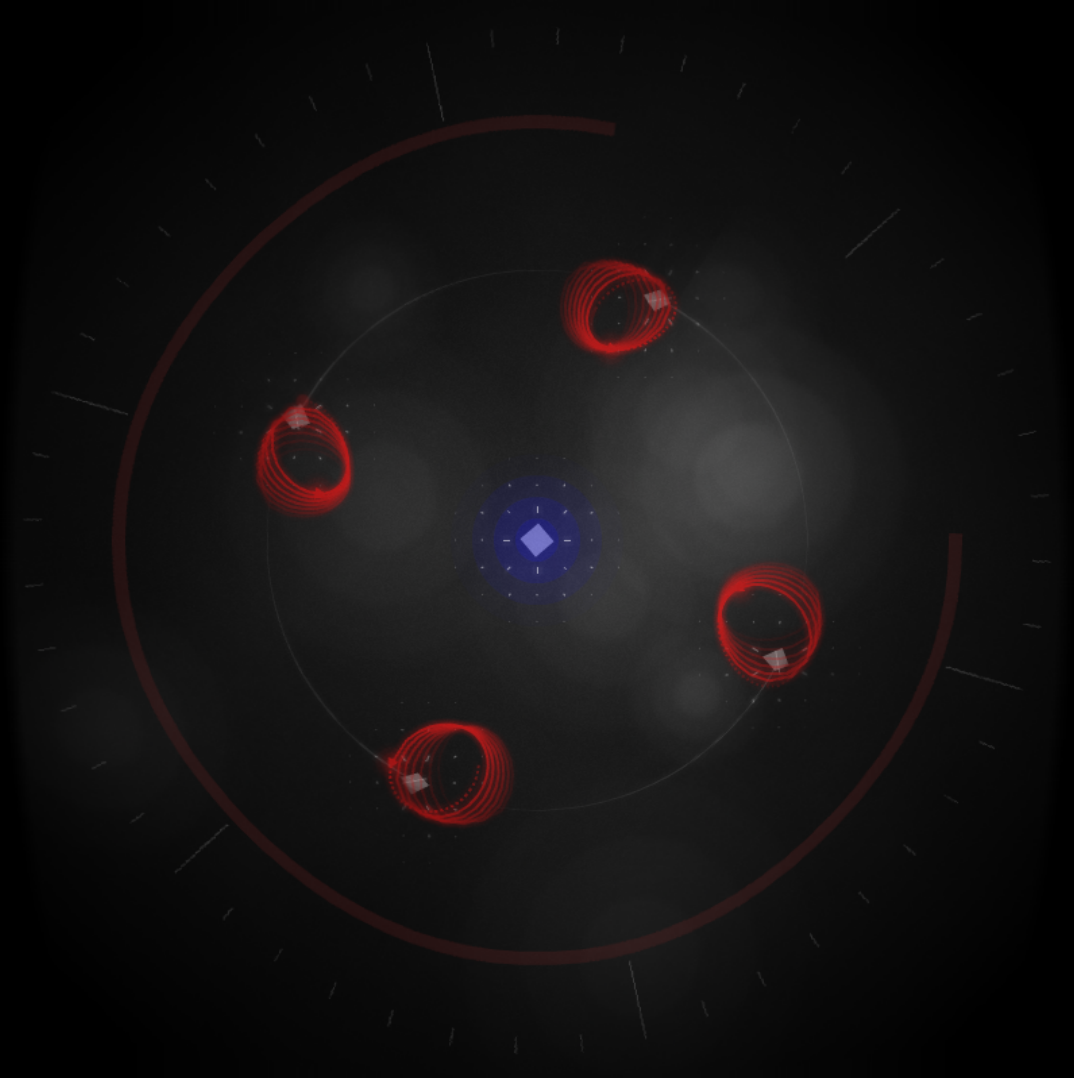 Unlike most small-scale puzzle games, 0RBITALIS isn’t afraid to change up its ruleset, a decision I find admirable. However, I would have appreciated it even more if the game had bothered to explain these changes before they actually occurred. Since this game is in Early Access, I don’t expect every section of the game to be fully explained or fleshed out, but some of the shifts resulted in a great deal of confusion. Some of the later levels have you trying to orbit for a certain amount of time around a series of smaller objects bordered by shapes. However, it wasn’t until I consulted the leaderboards that I realized the lowest times were the highest ranked, the opposite of all the previous stages. This isn’t game-breaking, of course, but it probably needs to be explained in the next patch.

For a game in early alpha, 0RBITALIS has an uncommonly strong grip on its aesthetic design. The central sphere the player controls leaves a striking red trail that etches beautiful patterns against the vast blackness of space, and its dark, ambient soundscapes suit the setting well. Though I encountered a few instances of songs neglecting to loop properly, the creeping silence actually suits the game rather well.

A puzzle game is only as good as its difficulty curve, and it is on this front that 0RBITALIS needs the most work. Though I think the opening levels do a good job of steadily increasing the difficulty, the sudden shifts in gameplay and focus that follow the midway point result in an uneven line marked by peaks and valleys. Near the end, I found myself tearing my hair out to overcome some new gameplay wrinkle only to have it followed with a level that took me one try. The majority of the puzzles are educational and engaging; finding a good order would solve this problem completely.

Overall, I enjoyed my time with 0RBITALIS, but it needs a few more versions before it becomes the minor classic of a puzzle game it deserves to be. The core of the game is solid, but a few of the game’s sharp ends need to be filed down before I can recommend it to a mainstream audience. However, if you’re the kind of person who obsessed over finding the optimal point to activate your rockets in games like Kerbal Space Program, you will definitely get at least $5 worth of enjoyment out of this alpha. For everyone else, I would definitely check again when the final version is out. Until then, well, there’s always the mall.

0RBITALIS is available through Steam Early Access on Windows.

Thanks to Mastertronic for providing review code.