Why I’m Turning off Social Media for a Month 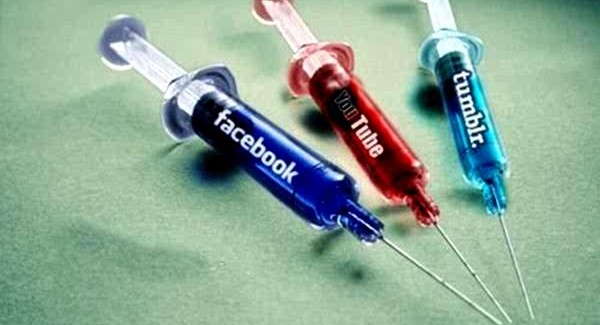 3,790,220. That is, roughly, the number of characters I’ve tweeted. And that number is so astronomically big, it blows my mind. It sickens me, in a way: think how much time I’ve spent sharing my thoughts on rather inane matters. And over 400 people think my opinions are worth reading, to the extent that they read and respond to a fair amount of my tweets! Personally, I follow over 1000 people: an endless stream of tweets awaits me whenever I open the Twitter app, waiting for me to waste time reading them.

Facebook and YouTube are just as bad. I spend hours poring over the latest update from someone I don’t really care about, or watching some stupid “funny” video. And god, the amount of time I’ve spent writing articles on WordPress. As if anyone really cares what I think about the extra pixels offered by the next generation of games consoles. Why does it matter???

This year has left me particularly jaded. The new consoles do not excite me, particularly. The controllers are a bit nicer and the games look a bit nicer and WOW you can watch TV and play games at the same time! But it’s not a big deal. It’s nothing special. Which is why the ridiculous fanboys and the arguments that are starting to occur are annoying me to no end. People getting so, so worked up about a video game machine. What has the world come to?

And I’m changing that. I spend too much time wallowing in my misery rather than doing anything proactive. It’s a character flaw. So I’m doing a social media detox. For the next month, I will not be using my Twitter account. I will not be posting on Facebook. I will not be watching YouTube videos or writing reviews for Talkingship. I will not be reading comments on news articles. I will live in online-isolation: a desolate area that not many occupy, but one that will ultimately make me a happier person. I am so sick and tired of everything online, and a complete detox is the only way to solve my cynicism.

What will I do with all my extra time? Intellectually grow and develop. I’ll read more, and watch more high brow movies. I’ll also use the opportunity to become healthier, exercising and keeping on top of what I eat, as well as sleeping more (I’m spending so much time on Twitter that I’m not getting nearly enough sleep). In short, I’ll use this month to become a better person.

And when I return in 4 weeks, I will of course document what’s changed about me. Whether I am happier and more fulfilled. Whether I will open my box of next gen consoles (which, coincidentally, will happen on the day I end my detox) with a sense of hope and wonder, as I rightfully should. Maybe this experiment will work, maybe it will fail dismally. But I can’t know unless I try: so try I shall.

See you in 4 weeks time.