The Xbox One: Mixed Messages Much? 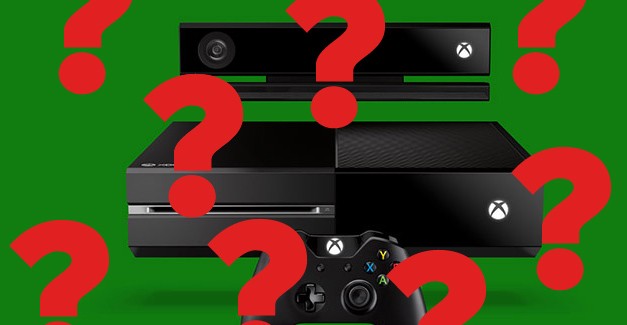 With Microsoft’s Xbox One announcement, no-one knows what’s going on.

Right now, the Twittersphere is going crazy with rumours about the Xbox One’s ability to deal with used games, its always-online (or not?) requirements, and whether you’ll be able to let a friend borrow a game. Microsoft, for some bizarre reason, didn’t clarify any of these things during the console’s reveal, leaving the doors wide-open for speculation, confusion and a whole lot more speculation.

Let’s take a look at the used/borrowed games issue. First of all, Wired reported, based on Microsoft’s confirmations, that to use a game disc with a second account, you’d have to pay a fee, as all games would be installed to the hard drive of the console (you won’t need the disc after the first use). This seemed to suggest that borrowing a game from a friend wouldn’t work anymore, and completely destroyed the used games market. To make matters worse, Microsoft’s Phil Harrison, speaking to Kotaku, said that you would have to pay full price to use a game disc on another person’s console. FULL PRICE. He also said you can trade games in online, but didn’t really explain this at all. Meanwhile, Microsoft’s Xbox One FAQ only had this to say:

We are designing Xbox One to enable customers to trade in and resell games. We’ll have more details to share later.

Not exactly helpful. But just now Major Nelson, Xbox’s blogger-at-large, has posted a clarification of sorts. He says that their used game strategy will be announced later on, but that bringing a game to a friend’s house will not incur any charges, as long as you’re signed in to your profile. Finally, a somewhat decent explanation. But in my eyes, it’s too little, too late. The Xbox One event finished 5 hours ago (as I write this). In these past 5 hours, there have been a great deal of conflicting reports, many of which have been backed up by direct comments from Microsoft employees. The lack of PR control here is obscene, and it’s showing a complete lack of thought from Microsoft. The fact that this wasn’t addressed in the keynote is even worse.

But at least we have some clarification there. We’re still left scratching our heads with regards to whether or not the Xbox will be always-online. We’ve got a similar state of confusion here. Microsoft’s Marc Whitten said to Wired that the always-online features were optional, and that developers had a choice on whether to implement them. He explained that they were largely there to allow servers to do extra processing, taking some of the load off the console. Xbox One’s FAQ confused the matter though, by saying that

No, it does not have to be always connected, but Xbox One does require a connection to the Internet.

What does that even mean? That statement makes no sense to me, at least. But once more, the real bombshells came from Phil Harrison (he’s messed a lot up today, if I’m honest). He said that you need to connect online once every 24 hours. THAT is a big deal, but I’d take it with a HUGE pinch of salt until the Xbox One website confirms it. I don’t know what Phil Harrison is smoking today, but frankly I think he needs to shut up (or a PR person needs to stop him from speaking). He’s contributing to this absolute mess of a reveal, where no-one really knows the important details about this console.

We’ve been getting mixed messages all day. I’m hoping that some things will become clearer over the coming week, once some of the initial dust has settled. But either way, it’s hard to dismiss the fact that Microsoft have really screwed up this announcement. Clarity is key, yet it’s in very short supply today.