A Late to the Game analysis of Far Cry 3.

I have a bad habit of playing games after they’ve gone through the gaming zeitgeist. Long after others have beaten these cultural dinosaurs, I find my way to them and fall in love. I often want to blabber on about these games, but no one else cares anymore because everything that needs to be said about these games has been. However, being Late to the Game means being the last person at the party, and that’s got to count for something.

Far Cry 3 is an open world game developed by Ubisoft Montreal. And that’s as far as I’m going to go with the particulars here, because the last thing any of you want to read is a proper review of a game that’s been out for 6 months. If you don’t know what Far Cry 3 is, then go read a review on Metacritic or something. This article is going to be a quick series of likes and dislikes that you can argue with me about. By the way, there are MASSIVE SPOILERS AHEAD.

FOR STARTERS – The opening of the game is a sort of MTV-reality-show cavalcade of XTREME nonsense. Then comes the introduction of (what I assumed would be) the main bad guy, Vaas. This guy immediately becomes one of the most intriguing villains in recent game history – which is also the reason he’s going to come up again as one of my biggest dislikes in this game, but we’ll get there in a minute. Vaas’s torture of you and your friends sets a tremendous tone to the start of the game that amplifies the danger in an otherwise rote “This is how you play” section.

The first fifteen minutes of gameplay is pretty superb, and despite the rather tedious time spent listening to dialogue in the village, you’ll be wandering the pirate-infested island soon enough. That’s where Far Cry 3 really shines, and the sooner you get to it the better. 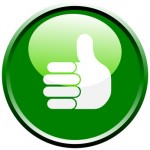 LIKES – This game is just plain FUN to play. What more can you ask for? By far, the best part is sneaking into enemy camps to liberate them and turn them into camps for your team. The gunplay is superb, with a few annoying line-of-sight glitches here and there – you’ll encounter quite a few times where you line up a shot and fire only to see your bullet strike the non-existent top of a rock formation. But those glitches barely affect gameplay, and it’s far more fun to stab enemies than to shoot them anyhow.

There are also a fair number of challenges that you can partake in, and your score can be challenged by friends. This helps make the gameplay last a bit longer, but isn’t a reason to boot the game up a month after you’ve put it away.

Also, the DLC Blood Dragon was a hell of a lot of fun. It is a bit short for the price – a LOT short for the price – but it is heavy on the fun factor, especially if you grew up watching 80’s action flicks. There are so many call backs to movies I treasured as a kid that I was laughing through the entire game.

Before I move on into the Dislike section, I really need to emphasize just how fun this game is to play. It is an absolute blast, and despite the following niggling problems, the game gets a definite thumbs up from me. However, there are just a few things that I wish had been done differently, so let’s jump into those now. 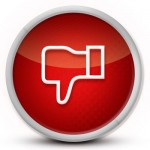 DISLIKES – This game features two of the absolute worst end-guy fights I’ve seen in a game in a long time. After building such a brilliant arch-nemesis in Vaas throughout the first half of the game, the player suddenly finds themselves in a dull, confusing, drug-induced quick-time-event knife fight. When it was over, I was 100% certain that Vaas would be revealed to still be alive later. After all, he’s been billed as your evil counterpart – someone who has been trained like you, but is even more powerful. And part of the game’s plot has been how your character seems to survive just about anything Vaas throws at him – perhaps through mystical ways or just dumb luck. To have Vaas taken out in the middle of the game in such a lackluster final fight was supposed to be a shock to the player, but in my opinion just served to negate my sense of intrigue. Honestly, does anyone give a crap about the second, “EVEN-BADDER” bad guy that comes into focus for the second half of the game? Well, if you do then don’t worry, you’ll take him out with a similarly dull quick-time-event knife fight. DOH!

The leveling system felt perfunctory to me. Now I’ll readily admit that this is a personal preference, but I would rather see a level system that accentuates different play styles and makes me want to play the game multiple times so that I can experience each varying tree. The Far Cry 3 system does that, but only on the surface. Long before I ever finished the game, I was fully leveled in all three skill trees, and that’s a real bummer. I wish that Far Cry 3 had taken notes from Borderlands, and had made it where you could only advance fully in one of the 3 trees, with some points placed in the other two, but not enough to fill them, giving you a reason to play through the game again using different tactics.

The plot of the game was pretty awful, and the inability to skip dialogue scenes is a real pain in the ass the second time you play the game. While a lot of the conversations are entertaining the first time you watch them, they grate on your nerves the second time through.

Also, am I the only one who really hates platforming in a first person shooter? Does anyone like this? Really?

Finally, I was disappointed by how the island becomes so stale after you take over the enemy bases. Far Cry 2 had a real problem with inserting too many enemies in areas that you’d already cleared, making travel from one place to another fraught with danger even after you had secured everything. However, Far Cry 3 goes the exact opposite route and turns the areas into a snoozefest once they’ve been cleared. Sure, the occasional tiger will leap out at you, but what I love about the game are the battles with pirates or privateers, not the voracious predators that litter the land. If memory serves, there are about 35 enemy bases, and once those are cleared the gameplay outside of the main story is dead and buried. I really wish they had allowed the enemy to retake bases, and beef up the security so that I could go back and try to take them out again instead of just having to start the game over to have fun again.

IN THE END – I loved this game, and am just about to finish it for the second time, this time on the hardest difficulty. On an eleven point scale, this one scores a 9 from me, and I encourage anyone with even a mild enjoyment of FPS games to give it a try. Sure, there are a few annoyances, but most of them only come from a desire to extend the gameplay. As it stands, the game is a bit of a dust collector after you’ve beaten it, but it’s still a hell of a good time.

Welcome to the New Talkingship 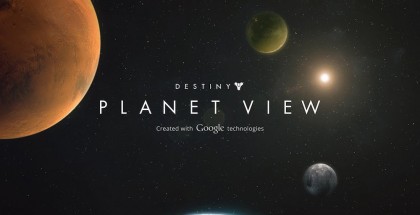