I opened my eyes. Call To The Cows played in my head, gently bringing me to consciousness. Friday is now a memory to be treasured, one of the best day’s of live music I have ever experienced. I didn’t drink as much beer as normal due to the cold weather, which is why I felt so fresh this Saturday morning. I crawled out of my tent and start on the same old morning routine; coffee, breakfast, coffee, clean myself, and then crack open a beer, then another, and then another.

We waited until 1:15PM when Ginger Wildheart was due to play, the first act of the day I was interested in. I had never been a huge fan like my friends but he had always entertained well in the past. Today he fell a little flat, the crowd didn’t seem to want to respond and I was left uninspired. I think it’s time for Ginger to drop the Wildheart name if he’s just using it to get some attention.

Time for another long break before the next act, so we headed back to our camp, cooked some lunch (cheers Flange), and more beer was consumed. The wellies came off as the fields had been more solid than the previous day and my comfy hiking boots were donned. I drank another beer. Finally it was time to see the next band… 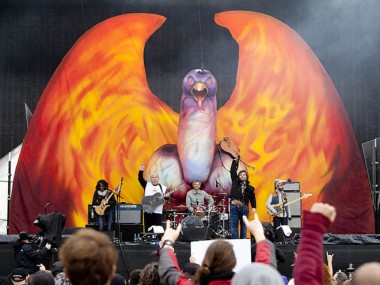 I ain't carrying that home!

It was time for movie stars to take to the stage. Jack Black and Kyle Gass, also known as Tenacious D, were up. People flooded to the main stage area like ants to a dead animal, and that creature was a huge inflatable Fenix in the shape of cock and balls. It took a little while for the crowd to get going as I think we were in awe of the show being create by this pair (Jack and Kyle, not the other pair). And it was a show, a theatre performance almost, but when Jack asked “What’s your favourite kind of rock?”, the crowd in unison, screamed metal! Then the song The Metal was blasted out for the delighted onlookers, the inevitable sing-a-long to Fuck Her Gently and Tribute was also amazing. I had big hopes for Tenacious D and thankfully I wasn’t disappointed. Time for another beer.

I now had a decision to make. Stage 2 to see Skindred or stage 3 for Corey Taylor? I chose the latter. I’ve seen Skindred twice and their last 2 albums have been somewhat lacking, but as Corey finished his first song I realised I had made a mistake. I wasn’t in the mood for his tame acoustic shit, I wanted something with balls, the beer told me so. But it was too late, Skindred had started well before Corey and I found myself missing out on a great performance (I was told later on by BodsterBug).

Hit The Lights blasted from the PA, disturbing my belly-o-beer. My blurred vision struggled to focus on James Hetfield and the crew. Metallica were finally on. One of my personal favourites followed, Master Of Puppets, then the entire Black album followed. In what order those songs from the Black album were in I have no idea, I can’t remember, but now I can say that I’ve seen Metallica live. I’m sure that if the whole world listened at once they could here the inhabitants of Donington Park scream the lyrics of Enter Sandman, it was one of those rare times I enjoyed the overplayed song. As I stumbled back to camp the encore started and seemed to last an eternity. I listened to the finale from the comfort of my chair with beer in hand. Wigley was there to keep me company until the others returned, a camp fire was built and stuff happened, I think. Ask them. 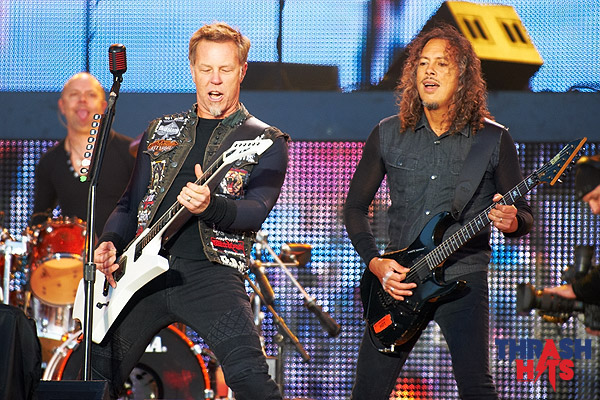 It’s Sunday and the Sun is shining, I stir in my sleeping bag and yell out “Good Lord!”. I love camping but when that sun hits directly on your tent the inside is transferred into an oven. I fight to breathe and quickly grab at the numerous zips to create any kind of air flow. My head pokes out from the tent, then I find out, I’m hungover.

I have no plans to die today.

The first band I was interested in today didn’t start until 1:50PM. The only way to try an feel human was to start drinking beer again, so I did. Some beers later and I’m back looking up at the main stage witnessing, which seems like an ancient old band, Anthrax. I couldn’t but be impressed by the ageing rockers who performed out of their skin and with great confidence. The crowd responded and I’m sure some of the young ones in the audience learned a thing or two from these guys. They played with a sparkle in their eye, they played with a youthfulness that is often missing in today’s performances, and so I take my hat off to Anthrax, keep showing us how it’s done.

Another God of rock was to follow. Looking like Thor himself, Zakk Wylde presence on stage was mighty. The guitars thundered to life, Zakk pierced ears with his awesome shredding, but the songs themselves were nothing to get excited about, forgettable even. All you could do was sit back and admire the master class in guitar wailing. So don’t forget Black Label Society, Ozzy’s former henchman might strike you down.

We quickly move to the second stage to see a band I loved in the 90’s. Ugly Kid Joe were back. The feeling of nostalgia was set to eleven as all the classics were pumped out one after another. Neighbour, Panhandlin’ Prince and God Damn Devil were all delivered with great appreciation from the crowd. Cats In The Cradle provided the sing-a-long and the set came to a conclusion, inevitably, with Everything About You. I never would’ve thought that I would see these guys live, so it was a welcome suprise to an already awesome line up of acts this weekend.

Megadeth was the first metal band I fell in love with, and for the second time I get to see them at Download. I’ve always known not to expect too much of a performance when they play live as I understand how complex a lot of their music is sometimes, but they really did do a great job here. The crowd was rocking. Hanger 18, Symphony of Destruction, Peace Sells and Sweating Bullets were all delivered masterfully, leaving the united fans wanting more and more. I grew up with Marty Friedman’s exquisite solos for so long I was convinced that no one else could do the job. To my relief, Chris Broderick is doing a superb player and looks at ease with filling in Marty’s shoes. Holy Wars ends the set with a bang, and a tear forms in my eye, I love these guys. Also, some might think it’s cheesy but I love how the band get together at the end and take a minute to applaud the crowd. Bravo. 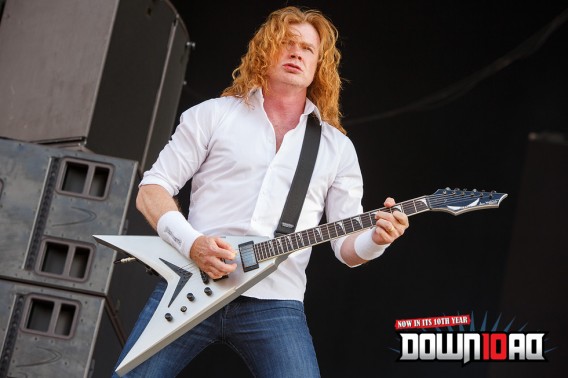 A blast from the past hit the main stage next, 15 years on and Soundgarden are back. Admittedly I only know about 3 songs and my favourite was the opener, Spoonman. As the song finished I realised I was done. My back ached, my feet were sore and I was sun burnt. I had one beer token left but couldn’t face another beer; I was a zombie, my festival was over. I can hear you all now, shouting at the screen to hold on for Black Sabbath, but I just couldn’t do it. Jesus Christ Pose was my exit music, I grabbed a bag of fresh doughnuts and headed back to the tent. I could hear Ozzy as I drifted in and out of consciousness. The weekend had been long and hard on my aging body but I didn’t regret not seeing the fathers of metal. I had seen some of the best shows I had ever seen over the last 3 days, and this year just edges the 2009 festival by a whisker. I may not attend Download again, it will take a very special line up of bands that I have not seen before to convince me to part with such a large amount of money, and to those that have yet to experience an outdoor music festival, go find one, no matter how big, you will have the time of your life. 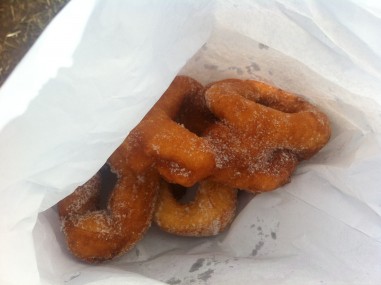