Vita Vitals Strong in US and UK

It is getting tougher and tougher to get a good chunk of the handheld market, and Sony is taking a third whack at it with their new portable.  With the somewhat failed release in Japan, they needed strong release numbers in the US and UK to revive the already dead handheld.  I am here to tell you all that, despite only selling 600,000 units in Japan in a month, according to Forbes Sony has sold just over 600,000 units in the US and UK in a week.  This means that the future looks bright for the Vita, and the games will hopefully keep coming.  Sony also announced that they have sold just at 2 million games, both digital and physical.  In the end when you break down the sales figures the Vita has had a much more successful launch than the gimmicky 3DS. 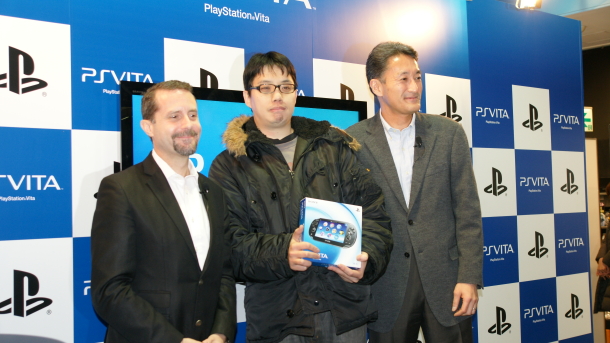 Although i love my iPod Touch, I must say I am glad to see that the general population still has a place in their hearts for handhelds.  This makes you think about the possibilities for the Wii U, which is reportedly creating a tablet like controller for their new console.  Will they be able to capture back the now flourishing handheld game market from Sony?

Fools Play Games: And Yet It Moves

Quinstar’s Beer of the Week or Whatever January 11, 2012 | Quinstar