There is a Prequel in the works that we all need to be aware of.  It involves a beloved movie about an alien and a group of humans who futilely fight against it only to discover they are hopelessly outmatched.  However, one human manages to stand against the monster, but in the end the movie leaves us with the realization that it is all far from over!  No, I’m not talking about Alien.  I’m talking about The Thing! 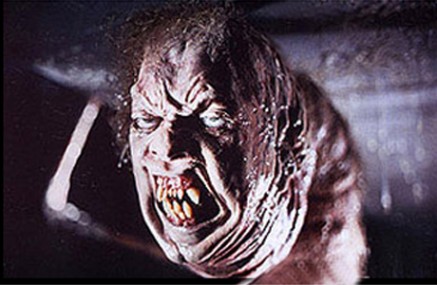 In 1982, John Carpenter released what many (including myself) consider his ultimate horror masterpiece.  The Thing borrowed a basic plotline from an ancient, cheesy sci-fi flick called The Thing From Another World about an arctic crew that unearths an alien and thaws it out.  But in the original the creature ended up being a carrot that liked to eat people – for reals.  In John Carpenter’s remake he took the good parts of the storyline (like the alien in the arctic) and threw the rest in the compost heap.  Then he added some of the greatest creature effects ever captured on film, Snake Pliskin, and Wilford Brimley.  The stew he concocted was pure awesome sauce!

John Carpenter’s film ended with a wink as the audience realizes that the alien might still be alive, which would seem to beg for a sequel, but we were spared such trash and were left with a sublime movie that never got bastardized by endless, useless continuations.  Today however, in the remake-reboot-rerun-rubdown culture that Hollywood has found itself in, we’re beginning to see even some great franchises fall to the money-grubbing trend.  The Thing is being revitalized by Universal, and while I can’t get as excited about it getting a prequel as I can about Ridley Scott making the prequel to Alien, I am still intrigued enough by this to get a little interested. 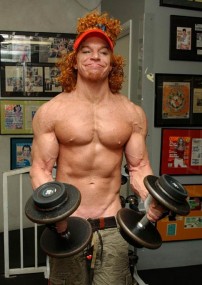 RUN FOR YOUR LIFE! This Carrot Eats People!

The Thing is due out on April 11th, putting it up against Thor, which doesn’t sound like a bad match up since that movie looks like gilded poop with a hammer, but it still concerns me as Thor is going to be a tentpole summer flick – You don’t usually put movies that you like up against behemoths.  The Thing is being directed by Matthijs Van Heijningen Jr. (I have no fucking clue how that is pronounced) who you might know from his work on… well, on absolutely nothing.  That’s not a good sign.  He has literally worked on NOTHING, his only credit being a couple of things that look like college film projects.  And that’s whose hands you choose to put this franchise in?  I guess we can all see how valuable you think it is.

I was excited about this movie when I first heard about them making it, but I’m not anymore.  The reason the original was so good was a combination of a great cast, great director, and unbelievably great special effects.  This time around we have an unknown cast (well, that’s not entirely true.  You’ve got Mary Elizabeth Winstead playing the lead who you will recognize from Scott Pilgrim and Final Destination 3), an unknown director, and you can bet your ass that there are going to be as little real visual effects on screen as possible.  Gone are the days of the intricate puppets with squirting ooze and welcome in the days of digital effects that no one gives a shit about.  Seriously kids, go and watch John Carpenter’s The Thing and realize that all of those effects were done FOR REAL.  No computers.  No green screens.

I wish I could say this movie was getting me excited, but that’d be a lie, and as the immortal Farva has said many, many times, “I’m not gonna lie to you.”  The more I hear about it, the more I realize how much it’s going to suck.  Which is a shame because this could have been a great franchise.  Here’s hoping I’m wrong on this one.