Jitterbug and Nerves spend a little time this week reminiscing about the beginning of Talkingship with a trip to Vegas, Florida, and then a brewery, as well as getting permission from Murphy’s Law to use their song for our intro.  They also spend a lot of time discussing the previous WEEK OF TALKINGSHIP and the gamernight, BMDD, as well as what Farva and Fisherman have been up to.

EITHER/OR: Raiders of the Lost Ark OR Return of the Jedi

You can get the show on iTunes and Zune or just listen HERE.

GameLounge at PAX – Game of the Show 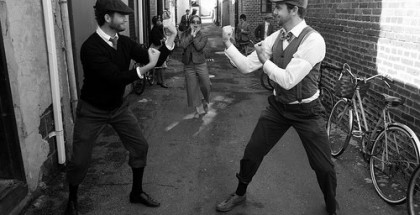