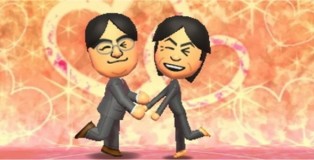 Unless you’ve been away from gaming circles over the past few days, you’ll be aware of the brewing controversy surrounding Nintendo’s upcoming game, Tomodachi Life. The issue stems from the fact that the game does not allow same-sex characters to be married. It was exacerbated by Nintendo saying that the reason for this was because they wanted to avoid “social commentary”. Admittedly, Nintendo have handled this situation badly, but all those who are arguing that Nintendo are being homophobic are, frankly, wrong. Here’s why. END_OF_DOCUMENT_TOKEN_TO_BE_REPLACED